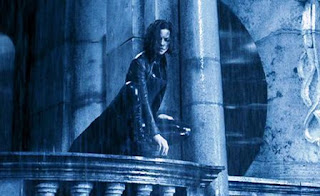 I’ve long held the theory that whenever needs bite at the box office, it raises one of film’s longest staples: vampires. Some think film, television, books, and comics are overloaded with creatures of the night, but others claim there isn’t enough vampy goodness onscreen or off. Luckily, those fans have Underworld and its sequel Underworld: Evolution.

2003’s Underworld introduces us to the underground battle between vampires and Lycans. Expert Death Dealer Selene (Kate Beckinsale, ) enjoys hunting the lycanthrope werewolves and their leader Lucian (Michael Sheen, The Queen). After rescuing the human Michael Corvin (Scott Speedsman, Felicity) from the Lycans, Selene’s perceptions of her vampire elder Viktor (Billy Nighy, Shaun of the Dead) change. The Lycans want Michael’s DNA to create a hybrid creature, and Viktor’s tale of Selene’s past may not be all that he led her to believe.

In Underworld: Evolution (2006), Selene and Michael seek out the immortal Wiliam Corvinus (Brian Steele, Hellyboy), a werewolf, while his hybrid vampire brother Markus (Tony Curran, The League of Extraordinary Gentleman) hunts them. The original immortal Alexander Corvinus (Derek Jacobi, Hamlet) runs a secret military clean up operation, keeping his sons and the underground war from spilling over. Together, they must destroy Markus and protect humanity while Selene resolves her past and future. 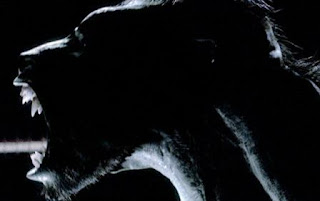 While the back story and history of Underworld’s set up is very detailed and carefully played out over the two films by director Len Wiseman (Live Free or Die Hard) and his writing compatriots Kevin Grievoux (werewolf Raze here and in Underworld: Rise of the Lycans) and Danny McBride (The Outer Limits)- the plots at hand are somewhat superficial. You can tell this trio stems from the props and stunts side of films, for in some ways, that’s all Underworld is. There’s action, great effects, the latest visual tricks and technological talk-making the strong back story and thin visuals somewhat uneven. We spend a few critical scenes of flashbacks and historical conversations amid the Death Dealer and Lycan action. Throw in the budding romance between Selene and Michael-and its tough to tell what these pictures are about. Underworld sets up its universe just fine, but there’s too much action at hand. Then again, Underworld: Evolution gives us more of the past while advancing the hybrid relationship. I’m confused, too-but I don’t think we’re supposed to put this much thought into it. 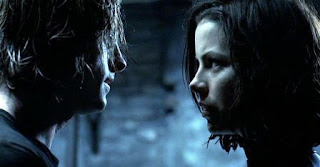 Thankfully, the stylized productions make up for the thinly veiled storylines. The leather, werewolf transformations, muted vampire looks, and updated weaponry forgive the double talk conversations. Enough of the people talking about the old days if you’re going to give us such fast-paced supernatural action! The rainy, dark, blue tinted European scenery is moody and atmospheric, but a little annoying at times. You can’t always see the dark werewolves amid the dark tunnels fighting with black clad vamps. Someone, turn on the lights! Even with a few dark spots, it is the action that attracts and holds the audience through Underworld and Underworld: Evolution’s slow spots. 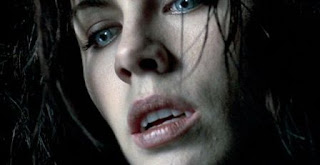 Of course, we wouldn’t care about the Underworld franchise at all if it weren’t for the kick ass, pouting, post Buffy Kate Beckinsale as Death Dealer Selene. Combining the misunderstood vampire with the tough cookie modern female not only charms the lucrative young female demographics, but it also gives the boys some serious eye candy. Not without talent, Beckinsale manages to take the brooding vampire material seriously while having fun in the swift action sequences. In comparison, view the 2004 miss Van Helsing. Kate’s monster fighting gypsy princess is a complete parody stuck in a drivel of a film. For those that think Selene is melodramatic fluff, a night with Van Helsing brings new appreciation.

The Underworlds can get away with the risks of a conflicted female lead because each has some fine veteran leadership. Billy Nighy brings a touch of spooky class as the slick and deceiving vampire elder Viktor. He wants to keep Selene in his power hungry pocket, but his control is coming undone via his own wicked actions. Likewise, Sir Derek Jacobi adds an elder element to Underworld: Evolution. Alexander Corvinus is another piece to the puzzle that doesn’t fit quite right. Immortality should make these men all the wiser, but personal, rose colored glasses guide the parents-at-odds. As much as I like the modern stylings of Underworld, I wish there were more of Nighy and Jacobi’s old school boys. 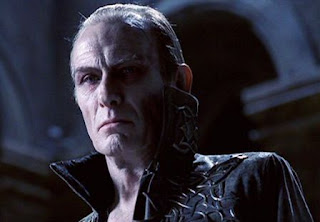 Sometimes it hampers a viewing experience, but I’m always curious about the behind the scenes goings on of a film. How difficult must it have been on the set of Underworld after couple Kate Beckinsale and Michael Sheen split? How much worse did it get when Beckinsale married director Len Wiseman? You wouldn’t know things weren’t peachy by Michael Sheen’s bittersweet performance as Lycan leader Lucian. He’s got a serious grudge to pick with Viktor and is quite the vicious fellow; yet we believe Lucian when he speaks of love lost and the Lycan plight. Once upon a time, these A-list actors wouldn’t have been up for a vampire vehicle, but the cast’s class makes up for any of the series’ short comings. 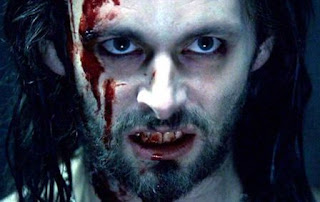 Unfortunately, pretty boy Scott Speedman is not so pretty at all. He’s bland, grungy, and his hair is always in his dang face. Judging by Speedman’s phoned in portrayal, any it boy of the moment could have sufficed as the human caught between the Death Dealers and the Lycans. He’s given more time to show his worth in Underworld: Evolution, but I enjoy the scenes where hybrid Michael is wolfed out and growling instead of talking. That’s bad, isn’t it? The secondary vampires Kraven (Shane Brolly, ChromiumBlue.com) and Erika (Sophia Myles, Tristan and Isolde) are far more interesting. Rather than looking solely for love and survival, they’re lustful, manipulative, and desperate to come out on top. The unrated extended cut DVD of Underworld smartly restores deleted scenes of this plotting would be vampire couple.

Upon seeing Underworld for the first time, I quite enjoyed it. Yes, it puts effects over drama, but it’s a new notch in the vampire film’s lore. Some people who don’t like the same old vamps (though I don’t know why) take to this franchise as the wicked, badass alternative to the ethereal Interview with the Vampire and old options like Dark Shadows or a choose your Dracula. I must admit, though, I think I prefer Underworld: Evolution. Its action is bigger and more complex, yet on a seemingly smaller, personal scale. The natural and daylight locations go a long way in simply being able to see all that’s going on. More time, development, and appreciation of the past is allowed to germ along with the characters. It’s as if the first film’s fast, modern pace was only to get the fans in the door for the serious, meaty follow-ups. 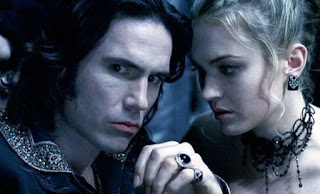 And oh yes, you knew there would be follow ups! I think it was an odd choice for the Underworld team to spend the third film solely in the past with Rise of the Lycans. Are these Rad! Black Leather! Beckinsale is Hawt! Fans going to show up for a medieval wolf fest-especially after Underworld: Evolution sets up so many contemporary possibilities? It’s certainly nice to get the full-length back-story of which we’ve seen so many tantalizing glimpses, but Rise of the Lycans is not perfect by any means. Fortunately, die-hard fans will be pleased to know a fourth installment is in the works.

Underworld enthusiasts can spring for the fancier DVD editions for all the bells and whistles, too. Underworld’s 2 disc unrated extended cut set comes with a mini comic book and production booklets, in addition to commentaries, outtakes, production design features, stunts, music, and more. Aired on television as a tie-in, the documentary Fangs vs. Fiction spends more time on Underworld then it does proper vampire history, myth, and lore, but it’s enjoyable nonetheless. The standard widescreen DVD for Underworld: Evolution has plenty of treats, too, including more commentaries, visual behind the scenes, and music videos. Collectors can spring for the combo sets and blu-ray editions, but standard copies and video on demand options are available for the latent Lycan and vampire fan. 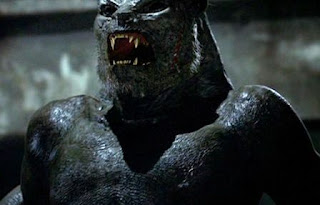 Back in the day, you had to choose which side of the horror genre you were on- be it vampires or werewolves. My mom prefers tormented vampire Barnabas Collins to my brooding wolf favorite Quentin. Wiseman and his team, however, have made their Underworld franchise a delight for both sides of the moonlight. Though the third prequel film Rise of the Lycans favors its titular wolves, vampire and werewolf fans alike can take pleasure in Underworld and Underworld: Evolution. Though rated R for gore and violence, teens can enjoy Underworld. The unrated version and Underworld: Evolution do, however, step up the sex and nudity, so young and budding macabre tweens should probably be kept to an edited television airing. It used to be a little touch and go when confessing to liking vampires and werewolves, but the slick, sexy, action-packed Underworld franchise has made leather clad vamps and lonely Lycans fun for the masses.

Posted by Kristin Battestella at 11:38 PM


Our Underworld Treats are also posted at Horror Addicts!!!