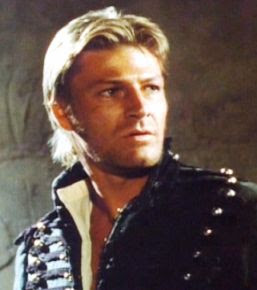 Sharpe’s Revenge Gets Everything Right

I took a brief break from reading, watching, and reviewing Sharpe, but soon enough I had to dive in again with Sharpe’s Revenge. The first of 1997’s Sharpe’s telefilms, Revenge pulls out all the stops onscreen and off.

Now that the war with Napoleon is nearing its end, Major Richard Sharpe (Sean Bean) places his 10,000 guinea fortune in his wife Jane’s (Abigail Cruttenden) power of attorney. She makes him promise that this will be his final battle, but after one too many insults, Sharpe fights a duel after the war is concluded. Angered and influenced by her power hungry friends, Jane takes Sharpe’s money and returns to , where she is charmed by Lord Rossendale (Alexis Denisof, Angel). Sharpe, however, cannot pursue Jane, for he is framed for stealing Napoleon’s treasure by French Master Spy Pierre Ducos (Feodor Atkine). Along with Sergeant Patrick Harper (Daragh O’Malley) and Captain Frederickson (Philip Whitchurch), Sharpe escapes his trial to find the French witness who could clear him. Unfortunately, Sharpe is wounded by French widow Lucille (Cecile Paoli). Once recovered, Sharpe must unite with French Colonel Calvet (John Benfield) to defeat Ducos once and for all. 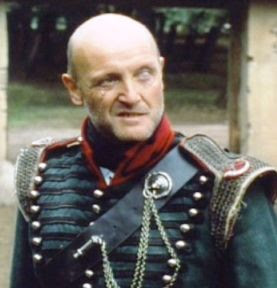 Despite the absence of series stalwarts Harris, Hagman, and even , the cast of Sharpe’s Revenge is perhaps at its best. Bean adds a new element of hurt and anger as the jilted husband, and Daragh O’Malley is true again as ever loyal Patrick Harper. Atkine is slick to the hilt as Ducos, and after disliking Calvet for several episodes, it’s a fine turnaround to see the fallen commander as another displaced soldier after a lifetime of war. The glue of Revenge, however, is Phillip Whitchurch as ‘Sweet’ William Frederickson. His soldier gritty, grisly appearance meets his intelligent and loyal self here. Who knew what Frederickson would do for Sharpe-or what Sharpe could inadvertently do to his Captain? The depth here has me looking forward to the Revenge novel. 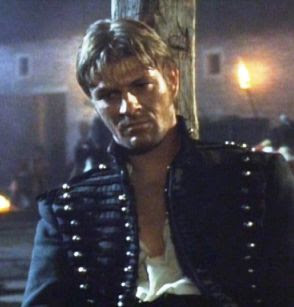 Not only does writer Eoghan Harris and director Tom Clegg give us a worthy story adaptation, but production at last has caught up with the show. This was the height of Sharpe and the series pulls out all the stops here. The locations are fresh and dressed to the hilt. Jane’s splendor in is indeed richy rich. The established electric guitar Sharpe themes open and close the movie, but a lovely score echoes Sharpe’s respite in . True instrumental compositions, eureka! Revenge finally puts everything all together. Sure we have the guilty pleasures that make Sharpe Sharpe, but we have extra high class touches that give this episode some umph. It’s as if we’re done with the action, so now’s the time to reflect upon the characters who bring the show-these books-to life. 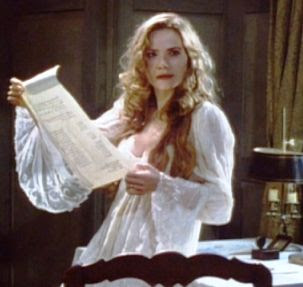 At the time, Sharpe’s Revenge and the subsequent Justice and were to be the final Sharpe shows. (Now we have two more, the two part Challenge and the forthcoming Peril.) This, however, would be a fitting place to end the series. Fine send offs, peace at last. Irony of ironies Sharpe has found a home with Lucille in . I like her and Cecile Paoli’s performance. She’s not ugly, but not sexed up as previous women have been. Well, I take that back. We are definitely made aware of Lucille’s unconventional hotness! Strange then to see the opposite side of the coin in the wayward Mrs. Sharpe (and real life Mrs. Bean). Denisof’s Rossendale is obvious to everyone but Jane, who is now played perfectly by Cruttenden. Jane is pomp and pompous and too late realizes the error of her ways. Three episodes ago she was abhorred at the notion of auctioning of soldiers ‘like slaves’. Yet in Revenge, Jane has invested in slave and cotton stock to up keep her lavish lifestyle. Tut tut. 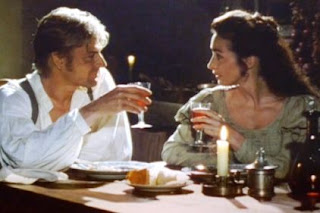 Although there’s no real connection to the previous film, Sharpe’s , Revenge’s story continues into Sharpe’s Justice. Again, you don’t have to see the follow up, but how could you not want to? I wouldn’t introduce new fans to the series with this episode, however. There’s a tying up loose ends feeling here that can only be appreciated by series fans that have been on this ride all along. Fans that haven’t seen the series in a while will have a good time. Look for the DVDs, if you haven’t done so already.

Posted by Kristin Battestella at 9:22 PM