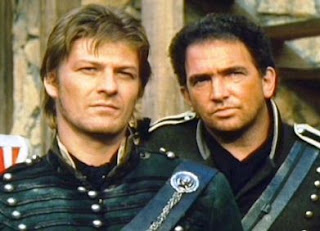 1996’s Sharpe’s Siege has all the things one expects from the British series-ladies in distress, Napoleonic action, humor, and camaraderie. Siege however, offers a few surprises.

Major Richard Sharpe (Sean Bean) is ordered to leave his new wife Jane (Abigail Cruttenden) and march with his new arrogant Colonel Bampfylde (Christpher Villiers) to a castle in . French nobleman Compte de Marquerre (Christian Brendel) is helping the British raise rebellion in against Napoleon, but the mission does not go as planned. Fever is sweeping the army, Harper (Daragh O’Malley) has a terrible toothache, and French Master Spy Pierre Ducas (Feodor Atkine) is never far from Sharpe. 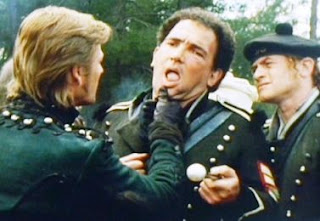 Sharpe’s Siege sheds light on the relationships between Sharpe and his men. O’Malley nearly steals the show with the humor and absurdity of Harper’s toothache and Philip Whitchurch gives another fine yet peculiar turn as Captain Frederickson. Even the red shirt riflemen are given personality and meaning as they come and go. (Hugh Fraser) and Major General Ross (James Laurenson) have their moments, but once again the weak link in Siege is the new Mrs. Sharpe. Abigail Cruttenden’s Jane is meant to be snotty, and blessedly she’s down and out with the fever for most of this entry. 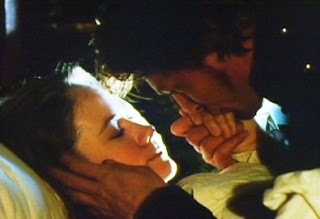 Strangely, it’s Sean Bean’s Sharpe that seems off this time as well. He seems to get over his wife’s illness very quickly. Would he really place the mission and the army above his new wife? Would he give a remedy that would cure her to the enemy, and then almost get down and naughty with a Frenchwoman? In the books, perhaps. At least the villains are on form. Incompetent Colonels and ambiguous French thankfully keep Siege’s focus on battles and intrigue. 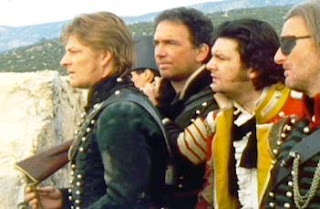 The premise of Sharpe’s Siege seems stretched thin, but it’s a pleasant change of pace to at last get into a campaign in . The action is its usual authenticity, but the look of the French castle is a little bare. Understandable, I suppose for the war, but dark and ill constructed. Amira Casar as Catherine however, is a fine damsel for Sharpe. Not traditionally pretty, but she’s caught between the English and French, plus her dept to Sharpe. Married Sharpe’s reaction to a young French thing trying to repay him is delightfully funny-even if it seems a bit out of place if you think about it too much. 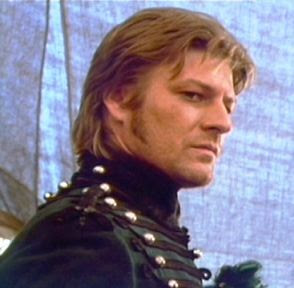 Sharpe’s Siege is not perfect. There’s too little and yet too much going on between characters old and new. Thankfully, by this time, the franchise knows what works, and Siege is a fine edition for Sharpe fans to enjoy.

Posted by Kristin Battestella at 10:54 AM