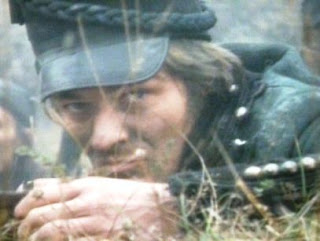 I previously skipped over Sharpe’s Eagle-the second in the BBC’s television adaptations from the novels by Bernard Cornwell- because I was reading the book. The first Sharpe novel by Cornwell, Eagle is a fine historical work. Surprisingly, the TV adaptation does the written word justice. 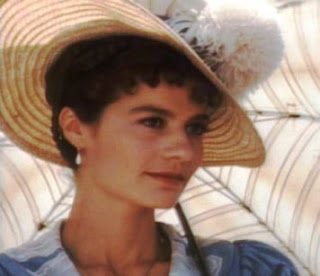 When we first meet Richard Sharpe in the Eagle novel, he’s a lieutenant raised from the ranks after rescuing years before in . Sharpe is a scarred and rough soldier, originally a member of the 95th Rifles. After being left behind by his regiment during battle, Sharpe and his remaining handful of crack shot riflemen move to the battalion. Sergeant Harper is as close to his superior officer as one in the ranks can be, but Sharpe has his eyes on a captaincy won on the battlefield-a promotion that cannot be taken from him. He can’t afford to buy a commission like the spoiled gentlemen do. New colonel Sir Henry Simmerson doesn’t make things easy for Sharpe-nor does young and greedy Lieutenant Christian Gibbons. The slick nephew of Simmerson contests Sharpe on and off the battlefield. Both men are vying for the affections of abandoned but high class and expensive Portuguese lady Josefina. Sharpe slowly realizes that the only way to gain respect, wealth, fame, and promotion is to capture an imperial eagle. 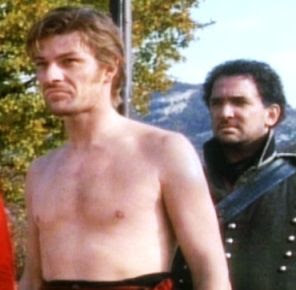 Written in 1981, Cornwell might have a tough time publishing Eagle today. Although there’s currently 21 Sharpe books-the most recent Sharpe’s Fury was publishing in 2006-British born Cornwell’s writing style is distinctly European here. (Later Sharpe novels are more American in feel and have become influenced by the television series.) Cornwell’s British-ness doesn’t detract from the story; the historical accuracy, the richly detailed locales, characters, or Napoleonic vibes. In fact, that British-ness adds to Eagle’s charm. Some Americans, however, may have a slow start adjusting to the English wording and punctuation. Fortunately, once you’re into the book, these quips disappear. The battle action comes off the page, revenge, even romance. Unlike his hesitant Napoleonic compatriot Horatio Hornblower, Sharpe knows what he wants and usually gets it. Whether it’s a little lovin’ or the fine line between murder and killing on the battlefield, the reader is routing for Sharpe. 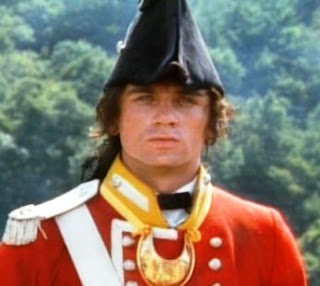 Director Tom Clegg’s 1994 adaptation of Eagle takes all the good from the novel and places it onscreen. Script writer Eoghan Harris sometimes gives us line for line dialogue from the book. Harris knows the written Sharpe to the T, and it shows onscreen. The attention to detail and the pull of material from the Sharpe canon keep Eagle authentic to the books and the history.

Sean Bean plays the titular Sharpe to perfection. Even though the reader reads time and again of the dark haired and scarred Sharpe, the blonde Bean carries all Sharpe’s rough edges along with his intelligence and veiled sensitivity. Daragh O’Malley is likewise ideally cast as Patrick Harper. His scale and wit bring the Irishman to life. In a book and film with so many characters-officers and soldiers coming and going with each storyline-the entire cast of Sharpe’s Eagle looks and feels the part. Some folks just don’t look like they belong in a period piece, but everyone here is either Napoleonic gritty or perfectly Jane Austen. Assumpta Serena is beautiful yet strong as guerilla leader Teresa Moreno, and new Bond Daniel Craig is a young and delightfully ruthless addition-even if his Lietuenant Berry has swapped vile places with Lieutenant Gibbons onscreen. 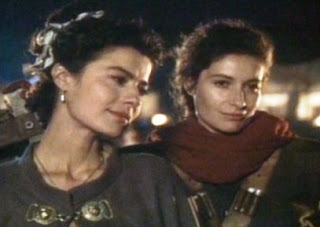 But of course, movies have to change up a few things. Written years later as a prequel, Sharpe’s Rifles introduces the Sharpe characters to each other, naturally making a good fit as the first film adaptation. Much as I like the Teresa Moreno character, her premature introduction in Rifles and her odd place in the Eagle film diminishes the onscreen relationship of Sharpe and Josefina LaCosta (Katia Callabero). It’s also a bit confusing later on in the Sharpe’s Enemy film when Elizabeth Hurley plays Lady Farthingale-one of the aliases used by Josefina in the novels. More riflemen are also given names and personality in the television series. Only elder statesman rifleman Hagman appears in the early novels. Later novels, of course, incorporate the onscreen Chosen Men. 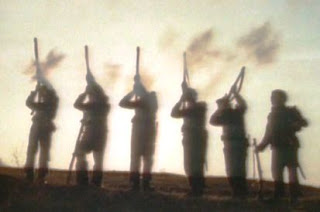 The film adaptation of Sharpe’s Eagle brings the book’s essence to life. Every time I watch, I think to myself, ‘this is a damn good show.’ Sharpe’s Eagle is neither a perfect book nor a perfect film. Both are, however, as near to perfection as is perhaps possible. Fine storytelling, characters, love triangles, action, history. If you’re a fan of all things Napoleonic or even if you just like English period pieces, Sharpe’s Eagle is not to be missed in either medium. Look for the DVD in several available Sharpe collections. The novel may be elusive in big box bookstores, but it is definitely worth the used store hunts or online purchase. Do, however, be prepared to read the other twenty books- Eagle is that addictive. Just look at all the Sharpe reviews I’ve done! 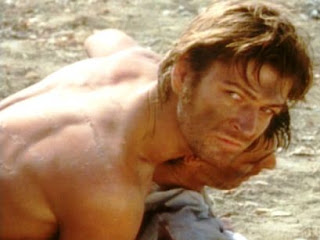 Posted by Kristin Battestella at 9:53 PM