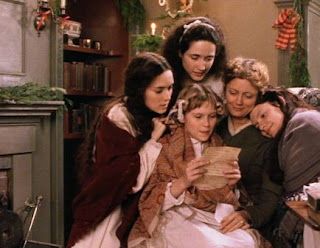 It’s not necessarily a Christmas story, but I always tend to think of Little Women during the holidays. The 1868 novel by Louisa May Alcott has been adapted for the screen several times, as has its sequel, Little Men. As much as I love the 1933 version with Katherine Hepburn and the color 1949 film starring June Allyson and Elizabeth Taylor, I tend to favor Gillian Armstrong’s 1994 release for a night of family entertainment.

During the Civil War, the March sisters Meg (Trini Alvarado, The Frighteners), Jo (Winona Ryder), Beth (Claire Daines, My So Called Life), and Amy (Kirsten Dunst and Samantha Mathis) lean on their mother Marmee (Susan Sarandon, Dead Man Walking) for advice and support. Their wealthy neighbor Mr. Laurence (John Neville, The X-Files) and his grandson Laurie (Christian Bale) become attached to the girls as the March family struggles with poverty, illness, and growing up. 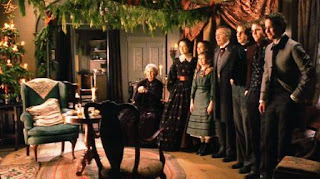 Growing up I didn’t like the book Little Women as most young ladies do. My sister and I would attempt to read the near 500 page book aloud, but we never got beyond the first few pages. (It’s a long story, and my sister would kill me if I told the rest of it!) Hence my association with the tale and Christmas from its opening line, “Christmas won’t be Christmas without any presents!” Only when I was older did I read and appreciate Alcott’s semi-autobiographical tale. 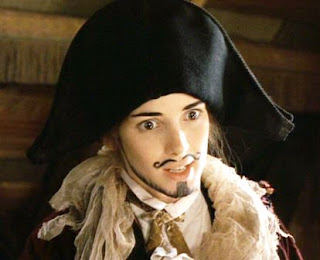 Meg is the oldest, but of course Jo is the heart and soul of Little Women. Winona Ryder (Beetlejuice, Remains of the Day, Bram Stoker’s Dracula) received an Oscar nomination for her work here as the writing tomboy. As strong as she is here, part of me also can’t let go of that ‘It’s Winona Ryder’ feeling. It would be nice to have an unknown play Jo sometime, instead of all these spunky chicks, but Ryder does have the weight needed for this period role. Some people just look so silly in such costumes. Trini Alvarado is perfect as elder sister Meg, as is Eric Stolz ( Belle) as her husband John Brooke. Only Kirsten Dunst (Interview with a Vampire) and Samantha Mathis () seem misplaced as the younger and older Amy, respectively. The character is a bit of a snoot as it is, but Dunst comes off as a brat and Mathis seems to have her nose turned up at the part.

Thankfully, we have lovely support stepping up in Little Women. Susan Sarandon plays the old and wise Marmee with complete appreciation for the character, wearing little make up and layers of drab costumes. Now everybody loves Christian Bale (Batman Begins, American Psycho), but his talent can be seen here as the rich boy next door who falls in love with poor Jo. John Neville and the late Mary Wickes (Sister Act) also add a touch of refinement to the cast. Claire Danes and Gabriel Byrne (The Usual Suspects) give fine performances, but it seems like they are barely there. Considering how important they are to Jo, I expected more screen time for them. 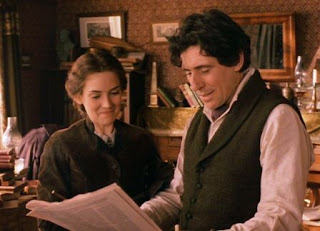 While Gillian Armstrong (Oscar and Lucinda) is well known in her native , her weak direction is the one problem with Little Women. Sometimes I’m in a Bale phase and can’t wait to get to his scenes, but other times it feels as if Armstrong doesn’t know where to take the story. It’s as if she tries to fit every thing from the book into the movie where the focus should be on Jo’s storyline most of the time. Liberties are also taken from the source material by writer and co producer Robin Swicord (The Jane Austen Book Club), changing the time line and lending a little bit of sappy to the tale. Thankfully the talented cast and the innate charm of the story outshine any misses taken behind the scenes. 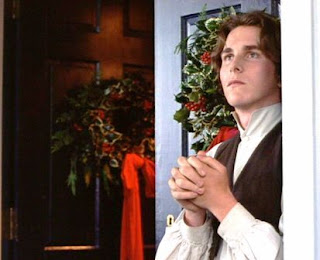 Visually Little Women has all the Victorian and Dickensian lush we expect from a period piece, and large portions of the film center around Christmas, giving us lovely recreations of where a lot of our holiday traditions originate. I love hoop skirts as it is, but natural garland and bows and candles gives the story an extra attention to detail. The costumes are authentic as well- homely when the story dictates and silk and lavish during the high times. The Oscar nominated score by Thomas Newman (The Shawshank Redemption, American Beauty) also adds a layer of heartstrings throughout the film. We have holiday tunes, orchestral echoes, and period songs adding the perfect level of audio spice.

After seeing the VHS and later the DVD, I finally picked up a used copy of the Collectors Edition at a very affordable price. There’s fun and educational slides, standard commentaries and behind the scenes, and a music only option. I would have liked more from the cast about what drew them to the project other than the brief making of feature, but the detailed costume design segment is a treat.

Naturally I can see that Little Women is not for everyone. Boys who need toys should stay away, but period piece fans will no doubt tune in. Tween girls who have read the source novel will enjoy this timeless tale, and maybe those who haven’t read the book will take a gander after their viewing. Women who love this story can watch Little Women again and again, and hey, Christian Bale, ladies! For a family friendly evening full of merit, worth, and touches of holiday spirit, gather round the television for Little Women at Christmas or anytime of the year.

Posted by Kristin Battestella at 12:34 AM

I may just have to Netflix this one, for the family, closer to Christmas :-)

Thanks for the Review Kristin!

Its tough to find quality books and movies for the kids these days!