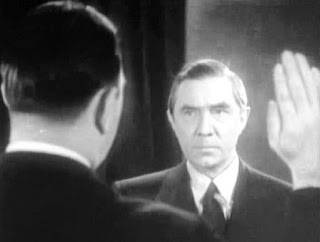 Forever typecast thanks to his unforgettable turn in Dracula, Bela Lugosi actually appeared in over one hundred films.  Fortunately for horror fans, most of his appearances lend themselves to the mystery, macabre, ghoulish, and ghastly. So here’s another batch of juicy and demented from Mr. Lugosi!

The Death Kiss - This 1932 murder mystery reteams Lugosi with David Manners and Edward Van Sloan from Dracula the year before and adds some glorious fashions, fur, feathers, sparkle, and top hats. Oh, did I forget to mention the superb Art Deco designs and backdrops? The early onscreen filmmaking and behind the scenes plots make for some interesting angles in the case, and great set deaths, smart editing, and trick photography keep up the suspense. The video, unfortunately, seems poor, with runtime and/or speed issues during the 70 plus minutes. Certain scenes have an odd stilted pace and it makes some of the darker action scenes tough. There’s also not a lot of Our Man Lugosi, either. Though his delivery is fine- no explanation is given for his name or accent- and Bela looks sharp in executive suits, it seems his Dracula better-scary-subterfuge-seen and not heard is the reason for his presence. Thankfully, the scandal, reporters, cops, and hysteria are a lot of fun- no one is upset at the victim’s demise and everyone’s pointing a finger. There’s a feeling of a Roxie Hart cashing-in, too, for the scorned women in the deceased thespian’s wake are immediately suspected. It’s a touch of taboo- lady murderers and divorce to match the witty dialogue and supporting crew ensemble.  Folks who enjoy analyzing early film ways or those interested in deduction’s birth onscreen can delight here. 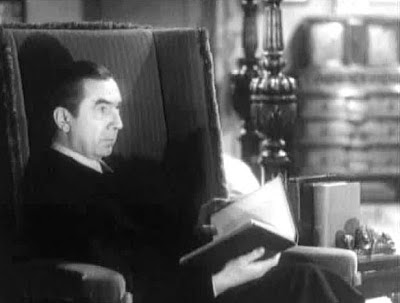 The Devil Bat – Good Doctor Bela experiments with bats, cosmetics, and the latest SF machinery in this 1940 hour. A sweet laboratory with secret passages, cobwebs, great lighting, and buzzing sound effects counteract the goofy killer bat flying scenery and deadly prop shots- it’s all laughable and yet so charming.  There isn’t a lot of dialogue to start, but Bela’s quick to create his evil aftershave and bat with horns bait and switch, oh yes.  His little lab goggles and hair brained scheme- it’s so preposterous and yet so good!  Some of the intentional comedy falls a little flat in a few scenes, but those accustomed to this type of swift talking badumpbumpbump will be bemused. The rest of the cast is typical reporters and bumbling folks on the investigation with a pretty dame there just for the sake of it. Several poor quality prints also hamper a viewing, but thankfully, there are some new video releases and even an updated colorization. This was a poverty rock bottom production at the time, and it’s amazing how Lugosi can film the more ridiculous material here with such glee and character zest. Despite the fun, I find it a bit sad to see this desperate work and waste of his talent- but at least we get to see him drive a car!  Sigh, there’s just something about Bela Lugosi in a fedora, cruising along behind the wheel, smiling, and up to no good!

Invisible Ghost –Joseph H. Lewis (The Rifleman) directs Our Man Bela in the steady moving 65 minutes here. The 1941 sets and décor are simply excellent, with lush candle works, fireplaces, and gothic looks to accent the pre-war setting. Lugosi is wonderfully off kilter to start, too. He talks to a wife who isn’t there and insists her plate be served, for “After dinner, we’re taking a long walk!” He’s kooky and yet a seemingly loveable father. It’s delightful to see him kind and warm hearted- but come on, its Bela Lugosi!  We should know better, shouldn’t we? The supporting cast is decent as well, even if the investigations are somewhat of the time typical.  However, nothing is what it seems thanks to the murderous twists, deceiving staff, extra-marital affairs, hypnosis, courtroom escapades, vengeful twins, and more. Both thrilling sounds and ironic music cues underline a scare or two, and it’s all makes for a very entertaining little piece. I’d like to say more, but I don’t want to spoil anything! 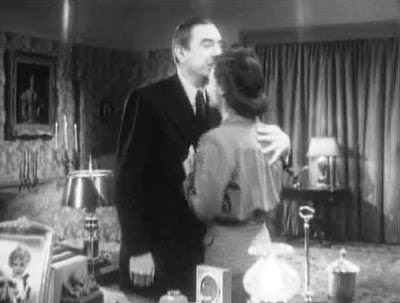 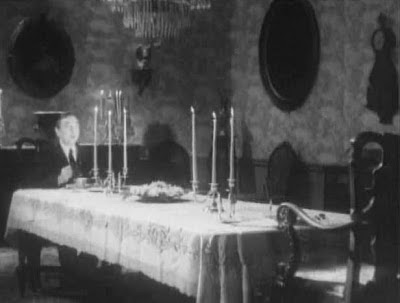 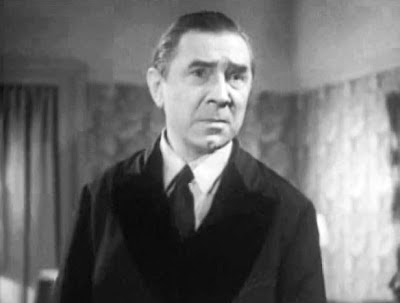 One Body Too Many – Humor and crime cross again in this 1944 inheritance twister. It’s a little hackneyed to start and tough to hear in some spots, yes. I’m not so sure the fish out of water insurance salesman plot was needed, either. Though familiar, the suspense pace and spooky plot of folks forced to live together in a perilous mansion in accordance of a mysterious will feels demented enough for these 75 minutes.  And what makes a locked down house even creepier? When Bela Lugosi’s the butler! His scenes are brief but Big B has a few great subtle and classic zingers: “There are too many rats in this house, they should be done away with…I assure you, this coffee will not keep you awake!”  This ongoing gag would have been enough wit, and the astrology and mysticisms are made bemusing, too. The more obvious comedy isn’t bad- some of the jokes really work. However, the style is too dated and when combined with the low budget production, this mixed humor might be off putting to some. The music is also a bit more whimsical than scary, but fortunately, the old décor and shadowed photography work nicely with the critical burial tricks and wonderfully worthwhile deceptions.

Revolt of the Zombies – So I’m cheating a bit by listing this 1936 supposed sequel to White Zombie in our Bela spotlight, as he technically does not star in this hour-long focus on French Zombies and World War I. Yes, you read all that right. Stock footage of Lugosi’s hypnotic eyes is used here as part of the undead brainwashing- or rather on the “robot soldiers” as they are called. The sound is poor, but any innate flaws can be forgiven thanks to this very unique interwar look and Cambodian setting. Who would have thought someone would make a movie about the fictitious horrors of one war whilst on the brink of the next? The black and white shots of Angkor are also glorious and worth the viewing alone for scholars. Granted the men are wooden, the women stereotypical, and there’s some kind of love triangle if you can tell which guy is which. Ironically, there aren’t even that many scares or zombies to speak of, either. Thankfully, this one has enough novelty going for it to earn an audience. Who knew? 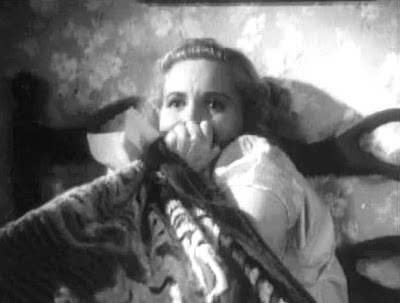 Scared to Death – What can I say; it’s Bela Lugosi in color! George Zucco (Dead Men Walk) and Molly Lamont (The Awful Truth) join The Man of the Hour for this 1947 flashback crime caper. Although the continuous transitions back and forth become somewhat comical- it really should have gone back once instead of shifting every few moments for just one dead sentence- a fun battle of wits unfolds amid the creepy autopsy talk and final moments of death debates. There are even hints of war intrigue in this quick 65 minutes, too. Some plot points, however, can be confusing- Lamont gets hysterical and afraid, but vows fearlessness and won’t leave nor grant a divorce. How would she know all the things that happened when she was locked in her room anyway? This wishy washy is probably the worst aspect of the film, along with its unavoidable faded color and poor print quality.  There’s also an inappropriate use of a little person as a silent prop complete with funny music announcing his presence, but the rest of the supporting cast is quite decent. A crazy maid, dumb cop, and annoying reporter combine for plenty of droll and make this one funnier than the supposed horror comedies of the day. It’s all so seriously deadpan, and in living color Lugosi is quite the charlatan!  Fans young and old who enjoy escapades such as Dracula: Dead and Loving It or Clue can have a romp here. 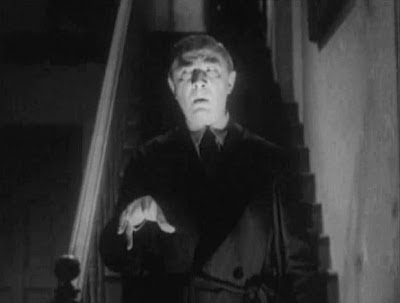 Posted by Kristin Battestella at 2:41 AM