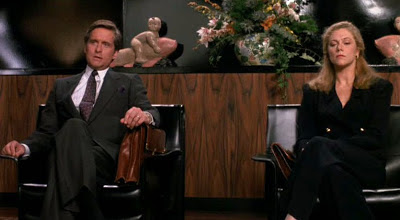 It seems like every It star of the moment makes a headlining comedy at some point in his or her career. Sometimes it is the tops of their portfolio, other times it is best left forgotten. Good, bad, dated, cliché, hokey but nonetheless quotable – here’s a quintet of comedies that we still love!

The Beautician and the Beast – James Bond himself Timothy Dalton (License to Kill) dons a mustache to play dictator to Fran Drescher in this hairdresser turned governess so annoying its charming 1997 comedy. In addition to the reverse New York fish out of water set up and a totally preposterous premise, there’s some stereotypical Eastern Europe designs and perhaps too many Jewish clichés, granted.  Every romantic movie staple is here as well – she shaves him, feeds him – even the big revelation at a ball where our titular gal looks the princess. Yes, Drescher is essentially playing Fran Fine in one supersized The Nanny episode. You either love or hate that voice and her tacky but wise and endearing style. Likewise, the social and political debates are a little on the nose and some of the quiet scenes with Dalton feel forced. Thankfully, some great quips and charming circumstances carry the viewer over the rough spots. Dalton is a lot of fun as the uber stuffy only to end up poking fun at the said stuffiness. It’s awkward, but I think it’s rather supposed to be – crisscrossed culture and all that.  The Prague scenery is pretty to look at, too. This one probably isn’t for everyone – fans of the cast only most likely – but it’s a fun time and actually a bit tough to find on DVD. 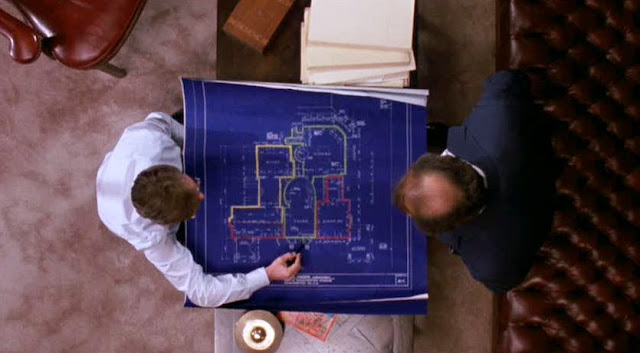 Big Business – Can two sets of mismatched twins turn New York on its ear? “Is a frog’s ass watertight?” Bette Midler (Beaches) and Lily Tomlin (Laugh-In) do double duty in this 1988 delight. From the opening Benny Goodman tunes to Midler’s yodeling – yes, yodeling – the zingers keep on coming thanks to wonderful support from Fred Ward (Tremors), Edward Herrmann (The Lost Boys), Michael Gross (Family Ties) and an early appearance by Seth Green (Buffy). The girls are perfect as their opposites, too – the shoulder pads, that pink polka dot dress, the tiara, Dynasty, “It’s pod people!” The mistaken plots and twin twists are a riot. Of course, the fashions and the premise are old hat now, and some of the split screen effects are obvious as well. How many times is New York going to get all the laughs, too? There are no subtitles on the bare bones blu-ray edition either, which is unfortunate, as some of the eighties references and jokes might be beyond today’s audience. Adults will pick up on the innuendo, but families can have a lot of fun at the circumstances here. “What’s a cow flop, Mommy?” Predictability and flaws aside, if you haven’t seen this one yet, multiple viewings and memorizations are a must. 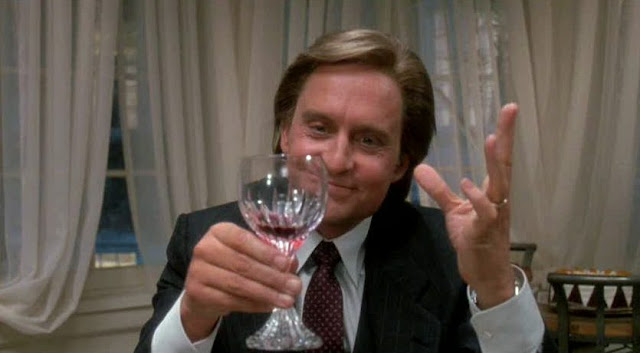 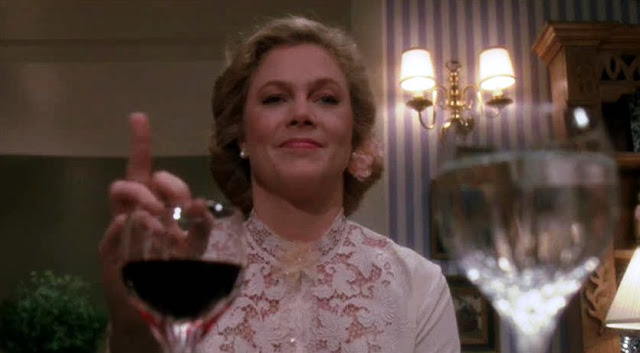 ‘Crocodile’ Dundee – Future lovebirds Paul Hogan and Linda Kozlowski (also of the just as good Crocodile Dundee II and the woeful Crocodile Dundee in Los Angeles) steam it up in this 1986 romp from Down Under. Granted some of the Bushman in New York scenes don’t work today, the foreign slang will still be tough for some, and a few conversations are racially questionable. A lot of the music, styles, and customs are totally dated, too, and these typical explorations drag the middle of the film somewhat. Thankfully, there is still a lot of charm here, with great catch phrases such as “That’s a knife” and genuine onscreen chemistry. The classic New York scenery – World Trade Center alert – and wonderful Outback locales are also a lot of fun. Veiled subtext and hints of the politics of the time don’t get in the way, either, but multiple viewings are needed to pick up all the little gags and bemusements. Men can enjoy the skimpy eighties bra free fashions and healthy looking women along with the man’s man adventure, and women can delight in the round the world romance and escapism. Something for everyone, mate. 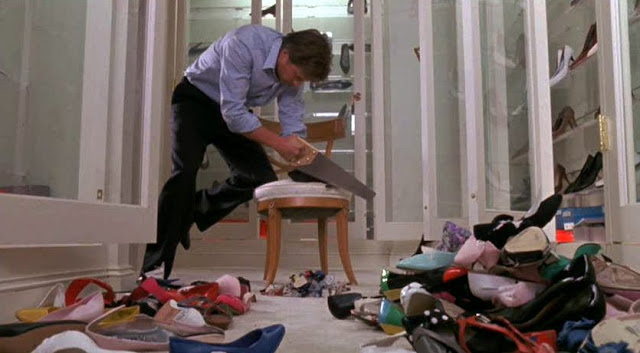 Straight Talk – “Get down off the cross honey, somebody needs the wood!” with that line, this 1992 Dolly Parton (9 to 5) sleeper remains ever fixed in my mind.  The Oscar nominated Queen of Plastic songstress is all-natural here, and her graduation from dumb blonde to fun airwaves Dollyisms feels refreshingly genuine. It’s also pleasant to see James “Holy moly” Woods (Casino) as a washed up journalist and not the wicked villain. Griffin Dunne (An American Werewolf in London), Michael Madsen (Species), Jay Thomas (Murphy Brown), Spalding Gray (The Killing Fields), Terri Hatcher (Desperate Housewives), and Jerry Orbach (Law and Order) also have wonderful appearances amid the mistaken circumstances and country bumpkin feel good, and it’s all accented by a few good tangos and original music from Dolly, of course.  There a nice morality as well – a touch of heart, truthfulness, and quiet moments that keep the story here much more mature and realistic than the recent Katherine Heigl romantic comedies or even the same old Meg Ryan staples. With bemusing witticisms such as, “I’m busier than a one legged man in a butt kicking contest!” there’s no need to resort to foul language, bathroom gags, sex, or nudity. There are, however, count ‘em six montages and a dated job search that hamper the middle pacing and make the ninety minutes seem short. Despite the nice Chicago scenery, the fish out of water radio doctor swindle is somewhat commonplace, and the finale is seriously predictable with honking horns instead of the slow clap. Sure, Dolly is just being herself, but nonetheless this cute outing is perhaps her best lead work – an older charmer for slightly older folks. 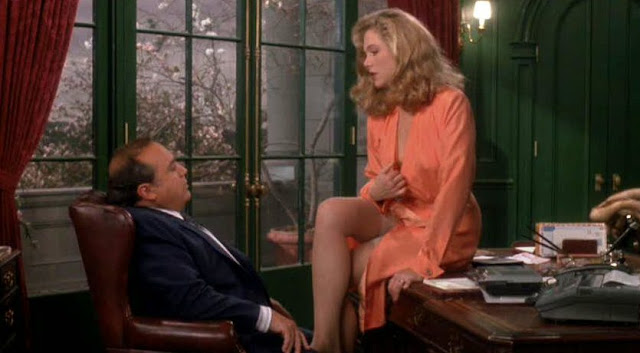 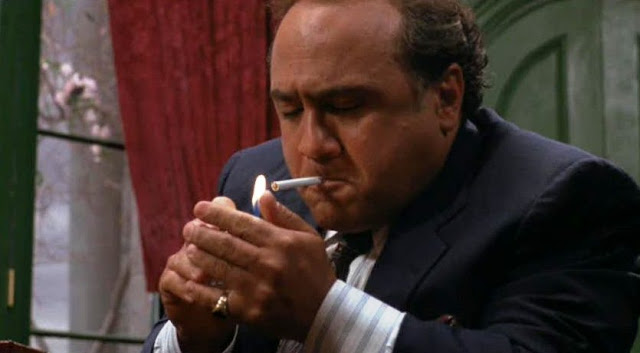 War of the Roses – Pairing for the third and final time to date, Kathleen Turner, Michael Douglas, and director Danny DeVito poke fun at their previous Romancing the Stone and Jewel of the Nile adventures in this dark 1989 divorce comedy.  All the creative domestic violence you need is here – from the standard throwing china and appliances mayhem to sauna dangers, almost cooked pets, and one tricked out chandelier. It sounds nasty, I know, but a sharp, innuendo loaded script is made all the more clever by the leads’ delivery, physicality, and divided chemistry.  Their grand house is the perfect setting for the fun and sexy suggestions, and the naughty gymnastics and other such “Bald Avenger” talk isn’t for kids. Sure, the wit instead of out and out sauce is probably tame for today’s audiences, but youths who can’t appreciate the evolution and devolution of marriage insanities won’t enjoy this movie.  Some of the age changes, time transitions, and hairstyles of the past may look iffy now, too. However, there is something to be said for the classy façade and decades old splendors. The stars are perhaps at their performance peak, and the derange package makes for an entertaining 2 hour crescendo. The DVD set here is also a pleasant surprise, with DeVito hosting some fun menus, a commentary, over 20 minutes of deleted scenes, storyboards, scripts, and more. 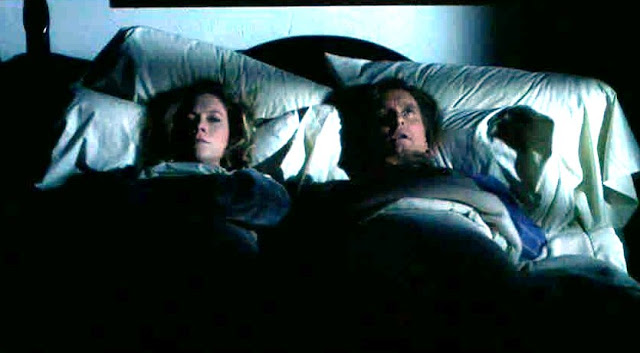 Who knew?
Posted by Kristin Battestella at 5:04 AM