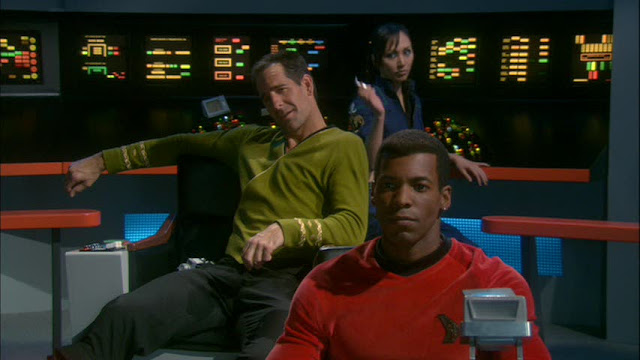 Previously, I reviewed Enterprise’s Fourth and Final season out of order, and that original praise can still be found here. Sine we’ve recently finished our great Star Trek rewatch, however, it’s nice to revisit what was the last Trek spinoff’s finest hour.

“Storm Front” and “Storm Front Part II” aren’t bad episodes in themselves to open Year 4, but the ‘Alien Nazis in New York!  Who’ll stop them? The mob!’ absurdity was the worst possible cop out to resolve the Season 3 cliffhanger.  New show runner Manny Coto somehow resolves this dilemma and puts an end to the dumb Temporal Cold War, but the beginning and end of this final season feels like a big F U from departing producers Rick Berman and Brannon Braga. I get that they were trying to wrap up all of Trekdom in “These Are The Voyages…” but it was really unnecessary and a total waste of all things Enterprise – honestly, to resolve an entire series by putting it inside a crappy TNG afterthought? It doesn’t do guests Marina Sirtis and Jonathan Frakes any favors by having them repeat their characters’ younger selves, and Jeffrey Combs’ fate as the Andorian Shran is unfortunately cheapened. Ultimately, it feels as if the series’ own finale does everything it possibly can to disown Enterprise. After the majority of magic that is Season 4, the finale’s treatment is a gross, grievous mistake. 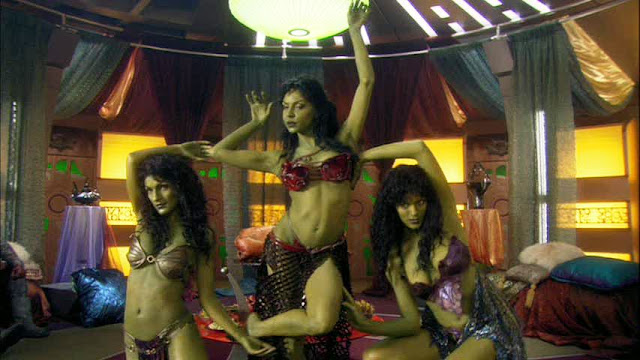 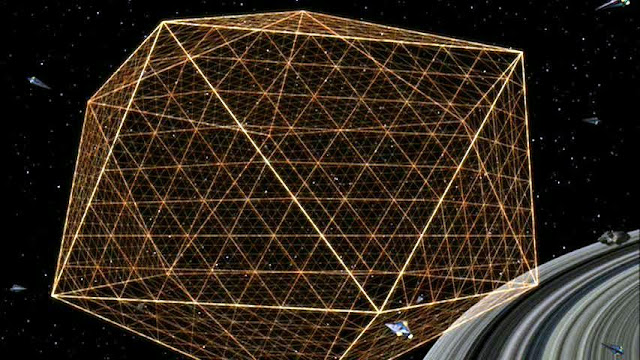 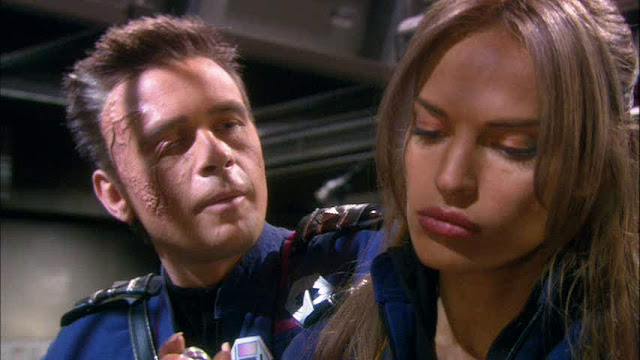 Fortunately, with Coto at its helm, Enterprise fulfils its prequel promises by returning to themes from the original Star Trek. “Home” is a much better resolution to the previous season’s consequences and Xindi plots before Brent Spiner’s guest arc and allusions to Khan in “Borderland,” “Cold Station 12,” and “The Augments.” The younger actors playing the Augments are a bit tacky, granted, but the intensity is well paced across these episodes, with solid peril to conclude each hour.  Jolene Blalock also has some serious revelations as T’Pol, and anyone who disagreed with the decidedly pissy and emotional Vulcans on Enterprise will be pleased to see “The Forge,” “Awakening,” and “Kir’Shara.” At last we get to see the planet, the people, and the problems resolved with great Vulcan connections and a restoration of TOS ideals thanks to more fine guests like Joanna Cassidy (Blade Runner) as T’Less, Gary Graham (Alien Nation) as Soval, and Kara Zediker (24) as T’Pau.  Year 4 is brighter and more colorful, too – Enterprise looks more like the original Star Trek thanks to Orions, Tellarites, and a tongue in cheek Klingon resolution with “Affliction” and “Divergence.” 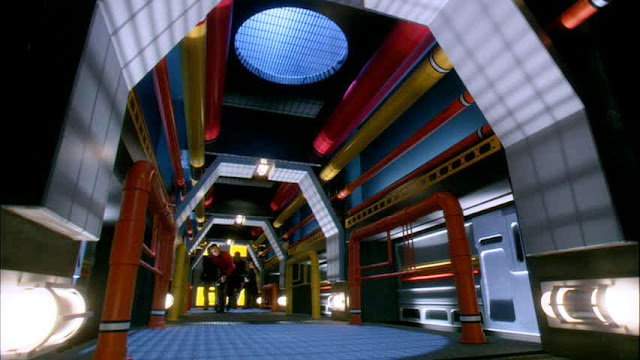 “Daedalus” and “Observer Effect” should work, but these one off filler shows fall a bit flat or feel like left over stock scripts. I don’t know why Enterprise was not envisioned as a limited series with different 22nd century themes each year.  What’s wrong with making a retro SF show? Enterprise could have taken full advantage of the excellent “In a Mirror, Darkly” two parter and been a Mirror TOS set or a companion TOS era series all along. Why not have a 6 or 8 episode mirror mini series? In a smaller season devoid of bottle shows and hip clichés, these bright colors and period sci-fi gadgets would have been dynamite! The Andorian plots in “Babel,” “United,” and “The Aenar” add a hint of unseen Romulan interference as well, and the two part “Demons” and “Terra Prime” have humans shaking off our last prejudices for alien alliance and the seeds of the Federation. Simply put, Enterprise deserved to continue on these topics. There was certainly potential for more founding of the Federation themes and Romulan plots, and the series was not a washed up waste as so many were led to believe thanks to the earlier seasons’ unrealized promise under Berman and Braga.  In the end, I think Enterprise simply came at the wrong time – caught between Voyager fatigue and a transitioning television era. The original producers wanted to stick with the old, tried and true formula but a fresh, punchy homage perspective was needed to take this last spinoff to the next level.  Those unhappy with the current Trek film incarnation’s youthful hipness can return here, and I definitely recommend original series Star Trek fans take in this Fourth, final, finest season. 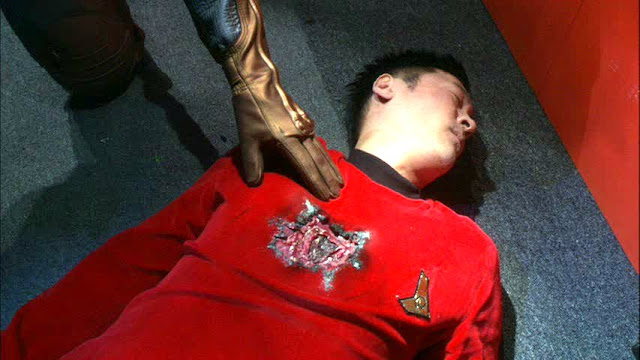 Posted by Kristin Battestella at 4:24 AM