Naturally, House of Dark Shadows- the 1970 big screen debut of the hit soap opera- is essential for fans of the series.  All the scares, screams, and treats are here with an extra dose of theatrical panache.  Woohoo! 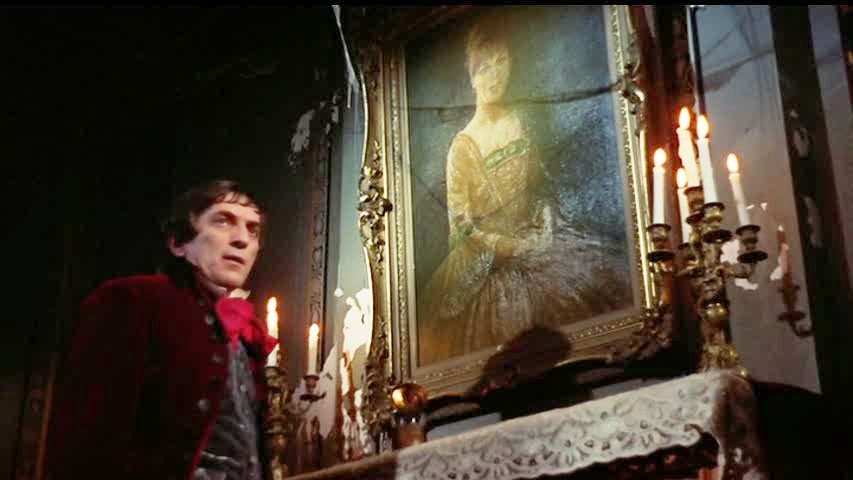 Collins handyman Willie Loomis (John Karlen) is obsessed with finding the family jewels- especially after Roger Collins (Louis Edmunds) fires him for his angry behavior.  Unfortunately, Willie discovers the family secret is not riches, but the vampire Barnabas Collins (Jonathan Frid).  Once released from his chained coffin by Willie, Barnabas preys upon Carolyn Stoddard (Nancy Barrett), the daughter of matriarch Elizabeth Collins Stoddard (Joan Bennett).  Although Resident doctor Julia Hoffman (Grayson Hall) believes she can cure Barnabas of his vampire affliction, he plots to make governess Maggie Evans (Kathryn Leigh Scott) his vampire bride- something he was unable to accomplish with his lookalike love Josette 175 years before.

Of course, this cinematic update is a redo of the 1967 Barnabas introduction, and it is sweet to see it all in color and without television restrictions.  The camerawork is horror film perfect- cut off points of view and askew angles up the scares with claustrophobic and intimate photography. The intense vampire filming wonderfully contrasts Jonathan Frid’s nonchalant onscreen arrival, but we should know better than to believe this ‘cousin from England’ story!  Though the pacing and editing is well done, the plot and style is perhaps slow to those who don’t know the tale whilst also seemingly rushed for familiar viewers.  Director Dan Curtis (Burnt Offerings) and house writers Sam Hall and Gordon Russell have to tweak and condense months of storyline after all, and these ninety minutes do pack a lot.  Barnabas’ rising, Carolyn as a vampire, a romance with Maggie, and a vampire cure all at once; it’s a bit like the 1991 Dark Shadows: The Revival actually. 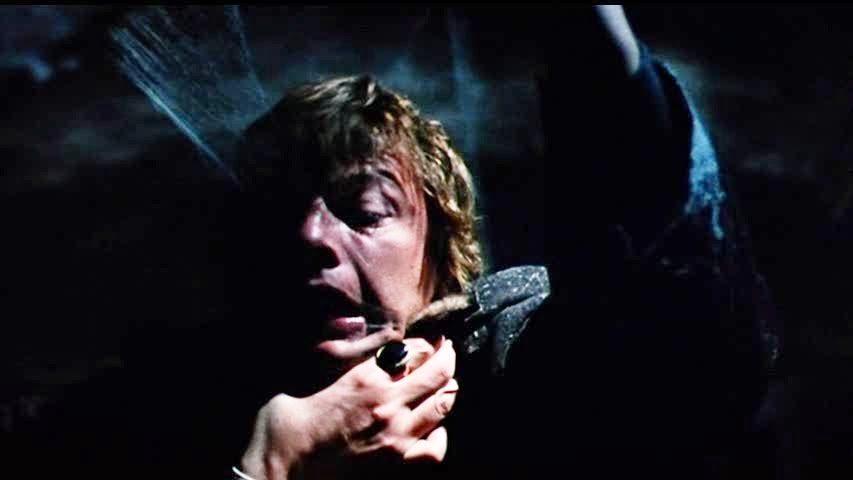 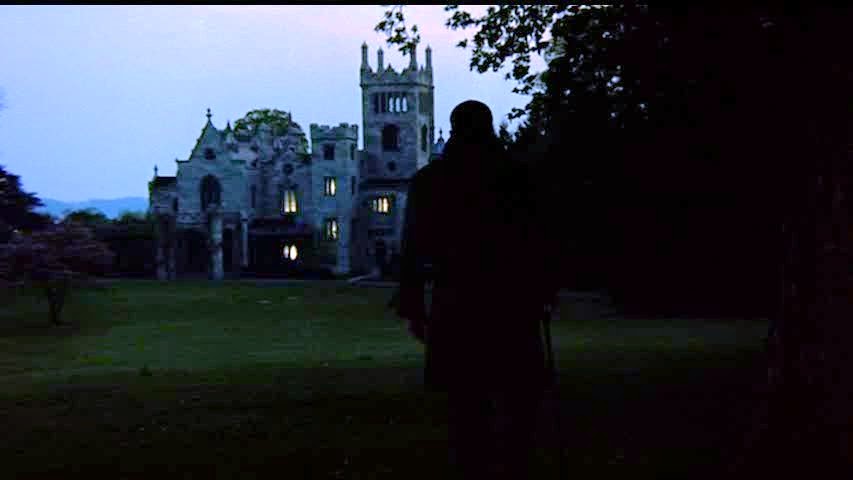 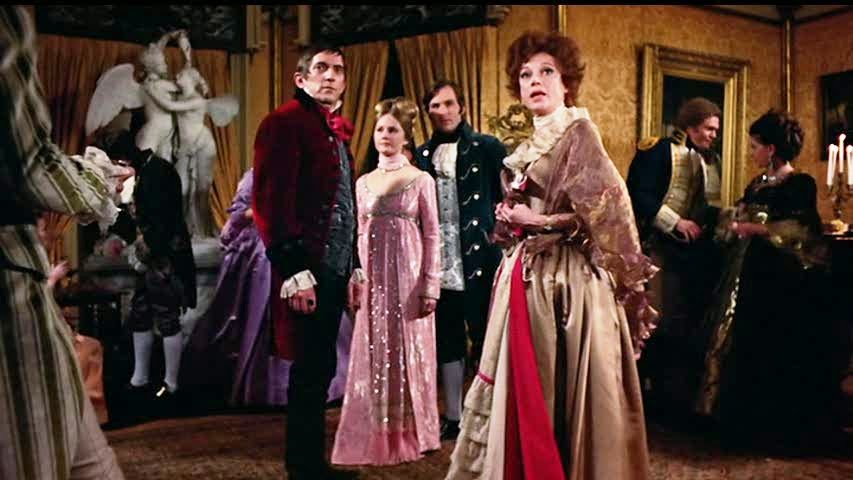 It is odd though that characters originally present for this TV plot are absent- namely Victoria Winters, Joe Haskell, and no mention of Jeremiah Collins’ relations with Josette nor Angelique’s foil of Barnabas. Instead Maggie Evans and Jeff Clark are combined into an awkward couple. Barnabas’ love obsessions and motivations, though great and more malignant than could be shown on the show, are also a little uneven thanks to this summarizing in House of Dark Shadows. Fortunately, it’s totally amusing to see police arming with crosses and handling out silver bullets montages.  Fuzz standing guard against vamps, no questions asked!  The stakings are bloody like the likes of Hammer Horror, too- again without the hampering from television restrictions.  However, the swift filming is blessedly more for the drama then the sensational. Vampires love, feed, die. Fin.

The transferred cast for House of Dark Shadows also has its fun and drama. Even knowing what Barnabas is- or perhaps even if you don’t- Jonathan Frid is slick as always as our favorite sad and lovelorn vampire. He’s tragic, and yet Barnabas must continually cover his bloody indiscretions. Early in the film, its great to see the humble changes to John Karlen’s Willie and the violent abuses he suffers thanks to Barnabas’ unglamorous vampire rage.  The rapidly aged Barnabas segment is also disturbing, again showing the dark side of twisted vamp love. This is how a real vampire would be, after all- old, nasty, lurching towards the luscious necks for blood! Kathryn Leigh Scott is of course lovely as Maggie, but she screams an awful lot and doesn’t look quite right with any of her leading men. Thankfully, the innocence and naivety of the ladies are great against their own hot and bothered jealousies.  Nancy Barrett, usually a straight Carolyn or another demure and ditzy role in the series’ period storylines, makes a great slutty vampire! Likewise, Grayson Hall gets to play Julia Hoffman as a little more creepy.  She chain smokes and practically stalks her unrequited vampire love. Thayer David is also his usually cucumber cool Professor Stokes, but eh Roger Davis as Jeff Clark is quite the yawner as our good guy. Everyone else is on form, subdued in the scares, and delightful without the famous Dark Shadows same day tape flub ups and obvious glances towards the cue cards. Yet Davis is still over the top.  Did know one else notice? 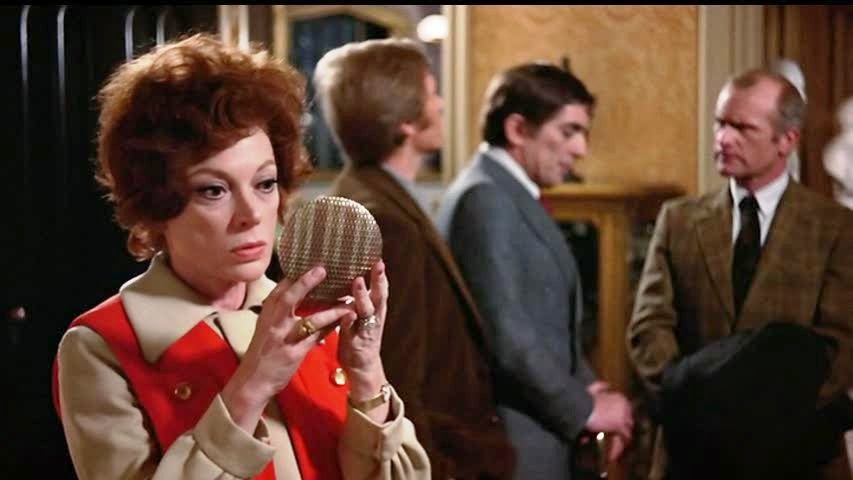 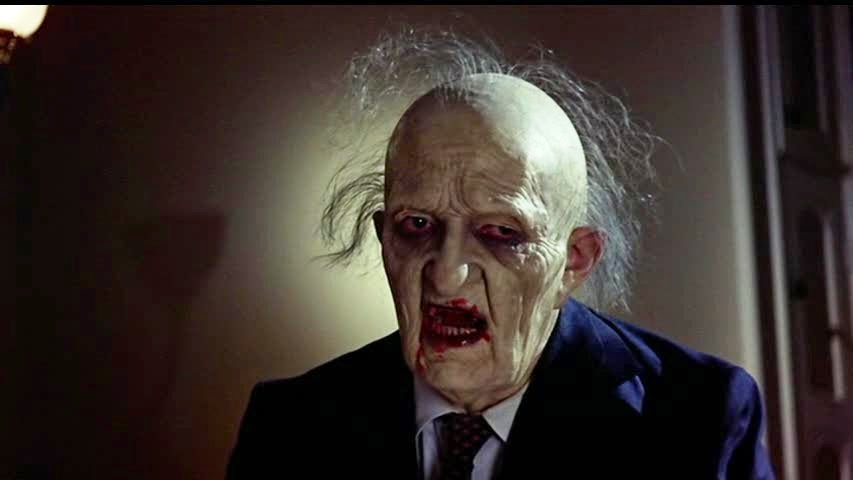 Don Briscoe also gets some big and sexy action for House of Dark Shadows as Carolyn’s willing jugular, but I don’t understand why the character’s name is some sort of Tom Jennings/ Todd Blake combo.  Who the heck is that?  Lisa Richards (Sabrina Stuart in the series) is also a fun wink to the audience in playing a Collins secretary named Daphne before Kate Jackson entered the series as Daphne Harridge.  Mrs. Johnson, however, looses a bit of fun with fill in actress Barbara Cason (It’s Garry Shandling’s Show) instead of regular Clarice Blackburn.  Collins staples David Henesy, Louis Edmunds, and the ever-classy Joan Bennett also don’t have much to do beyond some cursory scenes in the first half of the picture. Nevertheless, it’s fun to see other stock players in quick cameos- including wicked Reverend Trask actor Jerry Lacy as a minister, the devil’s henchman himself Humbert Allen Astredo as a doctor, Quentin’s love Terry Crawford as a nurse, and gypsy henchman Michael Stroka as a pallbearer. Even Dennis Patrick (on the show as Jason McGuire) as Sheriff Patterson gets into the vampire chase- he comes into the ladies’ bedrooms to check the garlic strands!

In addition to cast and character juiciness, House of Dark Shadows looks so, so sweet.  Though the voices are low and tough to hear, some scenes are a bit dark, and opening and closing credits strangely run over some of the action; the now period design, great nighttime suspense, red coat symbolism, and wolf howls and spooky sounds set the mood perfectly. Everything looks old and dirty as it should- not TV low budget hokey or 70s stink.  The Lyndhurst Castle and Sleepy Hollow Cemetery locations are excellent, too. I should know- I visited there last year.  No, not solely for a Dark Shadows pilgrimage, but that was certainly reason enough!  A serious scholar could have a lot of fun studying scenes versus locations frame by frame. Yes, some of the interior filming might seem crowded- most of the scenes are comings and goings in the hallway around people and through museum like antiques.  Others might also find it incredibly odd to see Dark Shadows without the familiar Collingwood and Old House sets.  Fortunately, candles, cobwebs, and a scary pool house add heaps of atmosphere.  Robert Cobert’s music is also wonderful as always- perfect for a 70s horror film. You’d never know it was originally scoring for a 60s soap!  Although I could do without a brief but dated costume party scene and annoying evil echo effects, the gore and sexy of House of Dark Shadows looks dandy. Though perhaps still too gory and mature for kids even if it’s all tame compared to today, the lengthy bites and bright red blood are just a tiny bit naughtier than the series proper.  Men rip open their shirts; victims tear off their neck bandages and submit willing for the bite!  There’s even man on man vampire attacks, too- a little homoerotica television couldn’t quite touch. There aren’t any hokey bats in House of Dark Shadows, either. Well, almost! 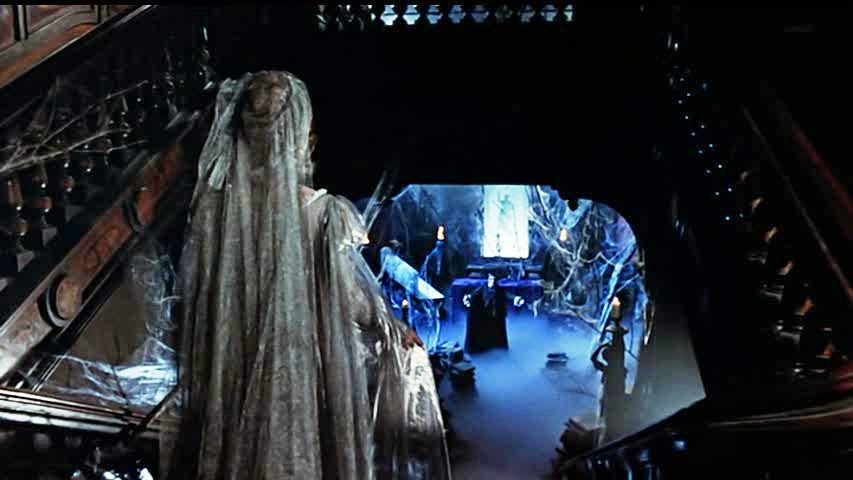 Despite being a flashy consolidation feature, this is not an introductory piece.  New audiences perhaps can’t appreciate all the bells and whistles similarities and/or differences, and that’s part of the fun of House of Dark Shadows.  Certainly, some fans might also disown this theatrical adaptation thanks to the ending.  However, longtime viewers can eat up this or the sequel Night of Dark Shadows for a quick fix.  In fact, I would like to see Johnny Depp and Tim Burton’s upcoming Dark Shadows film have a similar plot and style to House of Dark Shadows.  Seventies horror film fans familiar with the series can enjoy the ride here purely as a juicy vampire movie, and I hope the remake can tie together both the essentials of the soap and the spirit of great horror cinema of the decade.  None of that Alice in Wonderland hokey this duo keeps re-treading, please!  Fortunately, it looks like a proper DVD release of House of Dark Shadows is finally forthcoming ahead of the remake- but I’d hang on to my VHS copy or catch an October airing just in case.  Fans of the gothic soap or vampire film can have a lot of fun in the House of Dark Shadows! 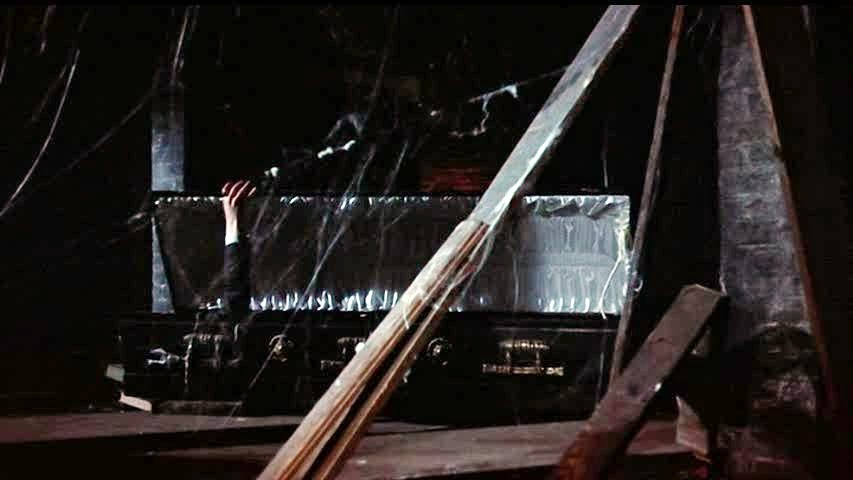 Posted by Kristin Battestella at 2:10 AM

Email ThisBlogThis!Share to TwitterShare to FacebookShare to Pinterest
Labels: Dan Curtis, Dark Shadows, horror, movies, not for kids, not on dvd, seventies, vampire