Comforting Bee Gees Disco Hits – and There are Others, Too.
by Kristin Battestella

You may immediately notice “Stayin' Alive” is notably absent from this list of famed feel good dance music from The Bee Gees. Although it is the song I like the least, maybe now in retrospect, I can say it isn't that bad. As an ardent Brothers Gibb fan, however, I object at its ubiquitous nature as the one Bee Gees song everyone knows – and it's often a mocking reference or at least not always favorable. They have a thousand songs, people! The already much beloved “Too Much Heaven” is also set aside here in favor of a few pre-disco grooves and more post-treats proving The Bee Gees were much, much more than disco. 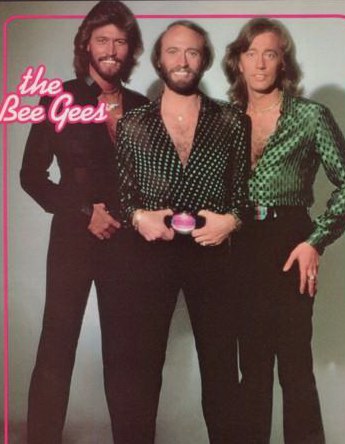 Please Don't Turn Out the Lights – This brief, two minute ditty also from To Whom It May Concern only has one problem: it's impeccable harmonizing is too damn short. I just repeat it three times in a row to make up the difference.

Mr. Natural – The Mr. Natural album and its eponymous track should definitely not be dismissed as it has been. The easy beats and ear worm refrains here are surprisingly upbeat, contrasting the hidden sadness in the lyrical story while mirroring the titular casual cool. Yeah, I'm dying inside, but I look like I'm feeling great! Barry's strong lines provide the macho front while Robin's wailing high notes represent that love lost lump in the throat.

Nights on Broadway – Before Fever, it was Main Course and this excellently arranged hit that changed Barry, Robin, and Maurice from brokenhearted to falsetto grooves. The pouting lyrics capture the bitter romance of the moment while the bridge and chorus refrains run the gauntlet in range. No need for auto tune – those notes are real, and they're spectacular!

Fanny Be Tender with My Love – You can hear all three brothers in the lofty, chorale harmonies here, yet each refrain remains tight, carefully crafted down to every echo with subtle changes on each chorus. We're hooked by the bittersweet mood while listening for the next uptick showcasing the bellowing mastery. Is it over the top? Yes. Do I care? No. Listening to this never sounds the same way twice.

Baby as You Turn Away – The last song on Main Course is my favorite for it's effortless breezy and catchy melodies once again cleverly disguising what is really a sorrowful song. Maurice's down contrasts Barry's high notes for a different, unique melancholy compared to the group's previous pathos.

You Should Be Dancing – How many movies have spoofed that white suit routine? More than a mere dance song, the full throttle here is embedded in the cultural lexicon thanks to rousing beats and get up and groove proclamations. Live arrangements and longer remixes elevate the complex rhythms, yet the simple, titular push remains hip moving essential. It's still a good dance song. Always has been, always will be. 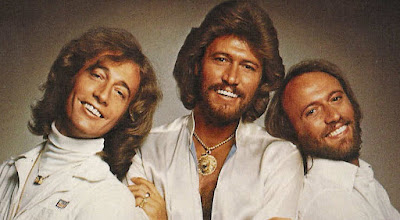 Love Me – My mother hates this Children of the World power ballad, but I simply adore the croaking, lovelorn lyrics. It's moody, it's depressing, it's expertly handled by Robin. This is a great song to cry to, and that's perfectly okay.

Night Fever – This recognizable boogie is back in style! Cruising seventies lyrics capture the suave of the time. It's sexy and everyone can get down or cut a rug. Nostalgic fans can reminisce on the good old days in song and young listeners can immerse themselves in the not so innocent innocence with almost whimsical interludes and verses that vibe. After decades of gun shy, it's fascinating how this song came full circle, appearing in commercials and films whenever we need a pick me up bop.

How Deep is Your Love – Back then, it was unheard of for Robert Stigwood to release the Saturday Night Fever soundtrack before the film, but thanks to this excellent, most excellent Gibb staple, that's pretty much standard practice today. This sounds as good now as it did then – a penultimate love song with delivery from the soul. The emotion and artistry remain vital and fresh as the refrains tug on your heartstrings.

More Than a Woman – Even setting aside it's huge place in the Fever mythos, this swaying bliss provides musical genius with every verse. You can cha cha to the marvelous beat or indulge with the harmonious, pleasant lyrics.

If I Can't Have You – While Yvonne Elliman's powerful version brimming with female heartache showcases The Brothers versatile potential in writing for others, their flip side collected on Greatest highlights Barry's range. Three grown men screaming about love shouldn't be so catchy, but I'll be dang it is.

Love You Inside and Out – I love the naughtiness of this feel good keeper – my favorite from Spirits Having Flown. You can dance, nudge, nudge, wink, wink, and sing along to this softer falsetto capturing the carefree in words, music, and mood. The Bee Gees actually have a lot of kinky tunes, but that's a whole 'nother topic!

Tragedy – This heyday hit doesn't feel 1979 dated thanks to progressive beats, synthesizers, and pulsing notes emphasizing the mellow rage lyrics and explosions. Yes, explosions. Live this one is also a lot of fun, an entire production rousing the crowd to sing along to such bitter lyrics with a smile on their faces.

I've Gotta Get a Message to You Here at Last...Bee Gees Live – If I had to tell my utmost favorite Bee Gees song, this version has to be it. Is it perfect? No. There are certainly tighter tunes compared to the live mix here. However, the original's melancholy somber and Robin's quivering sadness escalate to a Barry ad-libbed rock out. It's sets the entire tone for the big brass concert session, and you can hear someone in the crowd shouting, “You rock, Barry!”

Oh, Darling – This Robin led cover from the bemusingly dreadful and deliciously so, so wrong Sgt. Pepper's Lonely Hearts Club Band film actually charted n 1978 thanks to the soulful delivery and edgy throwback. The movie is pretty infamous, but it does have a few gems like this.

I Just Want to Be Your Everything – I don't know how anybody can not like this lead off single from Andy Gibb's Flowing Rivers. Granted the vocals are a bit ‘Barryfied‘, and the rest of the album is a much more Andy country true to himself, but the extra Gibb orchestration is what makes this sound so good.

Shadow Dancing – This Andy Gibb hit is a great sing along song for the car. It's the only recorded song credited to all four brothers, and sometimes I fancy you can hear all of them, too. If this is what the entire family would have sounded like all together, wow. 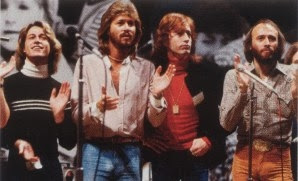 One of the reasons I hated The Bee Gees growing up was because my ballet dancer sister made me practice the moves from Saturday Night Fever with her over and over again – at least until I broke the record. I much preferred Andy Gibb! Today, however, rather than dated like several infamous “Disco Duck” type extremes, the transformative dance music here takes you to another time and place to move your hips – no matter how bad you're feeling.

Posted by Kristin Battestella at 9:56 AM