Contrary to popular belief, The Bee Gees did not disappear after the disco demolition backlash. After going underground for several years and writing for the likes of Barbra Streisand, Diana Ross, Kenny Rogers, Dolly Parton, and Dionne Warwick, The Brothers Gibb embarked on various solo efforts before reuniting under the house name for more international hits. 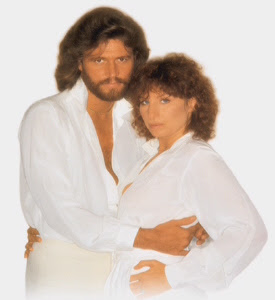 Paradise – “He's a Liar” is one of three Gibb songs I really dislike, and this ballad should have been the single for Living Eyes instead. Rather than falsetto run amok like Spirits Having Flown, here the classic lyrics and harmonious crescendos in many ways return to the pre-disco sound. Sadly, the tired market didn't want to hear it.

Guilty – Guilty was the first Gibb-related record I actually bought, and the catchy scandalous is superbly arranged for Barbra Streisand's highs and Barry's accompaniment. The dual story telling and culminating chorus showcase Barry's award winning behind the scenes work, and this session is an important staple in appreciating their songwriting catalog.

Woman in Love – Likewise, this moody, desperate ode isn’t like anything else Barbra had done. It's soulful and mellow in emotion with Gibb echoes rising to a grand, epic feeling, and the duet “What Kind of Fool” bookends the love eyes fall out splendidly.

The Love Inside – This track written by just Barry might be my favorite on Guilty. Barbra’s delivery takes its time as the swells escalate to tearful understanding and bittersweet mood. It's okay to need a pause and take a few minutes to step back and reflect on our hurt.

Chain Reaction – This Gibb track for Diana Ross's Eaten Alive is a Motown throwback with deliciously naughty hooks to contrast the familiar finger snapping beat. Combined with Diana's notes and Barry's harmony, I'm still surprised this was not a stateside hit in 1985.

Islands in the Stream – Anyway you cut it this Kenny Rogers and Dolly Parton duet from Kenny's Eyes That See in the Dark is just a superb song. I loved this song then and had no clue it was really those dreaded Bee Gees! The Brothers themselves do a wonderfully catchy rendition live, and you can't help but sing along with the perfect melody, rhythm, lyrics, and harmony. 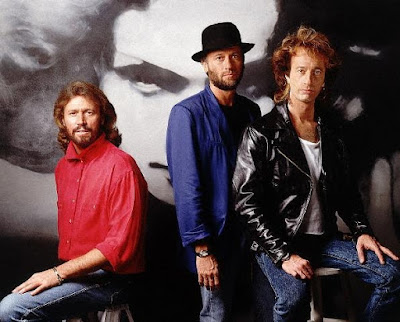 Heartbreaker – Dionne Warwick's effortless rendition is fine sublime, but it's a treat to hear the nuances in The Brothers' versions live or recorded in full on Love Songs.The amazing lyrical refrains and relatable, snappy chorus are perfectly imperfect. There are wording changes, wispy notes, and swaying beats to echo the gone wrong sentiments.

In and Out of Love – This ballad from Robin' solo How Old Are You has an eighties sound, but it's smooth, with time to pay attention to what Robin is saying as he stretches his range. Before disco, Robin always lead the melancholy songs, but with the falsetto gone, he returns to the group with the stronger, confident voice heard here.

The Longest Night – Robin continues the eighties five o'clock shadow mood with this complex ode of dark verses and serious feeling. It's a seedy, stream of consciousness ballad with intriguing notes and solid delivery. Indeed ESP coupled with Robin's Walls Have Eyes represents deeper, mature material that everyone seemed to miss. Pity.

You Win Again – This global hit from ESP has oh babies, booming drums, and fun word play to bop your head and stomp your feet. Hot damn. That is all.

One – Likewise brimming with effortless power, enchanting lyrics, and delicious riffs, this is another fun song live, remaining fresh and tropical as The Bee Gees returned to the American charts at the end of the decade with this timeless topper.

Bodyguard – And now onto what may be one of the steamier Gibb songs from One, even the then shocking slightly soft core music video here was very naughty. Robin’s delivery is again in romantic form with moaning words every woman wants to hear amid Barry's crescendos and objections. Let The Brothers Gibb take care of you, oh yes.

Man on Fire – This eighties Andy Gibb torch song builds up more Gibb heat with saucy lyrics, juicy vocals, and sexy pleas. It's strong, validating the yes please with solid escalation and climax. Despite the echoing touch of Barry's post-production, it's bittersweet to hear Andy return to form in material just before his untimely death, but what a steamy swan song it is.

The One for All Tour – Once elusive, this 1989 Australian concert video is now freely available with its unique session line up including less often performed live tracks. Most of those are slightly dated rockers from One, but live the grooves are excellent. The acid wash jeans, maybe not so much. 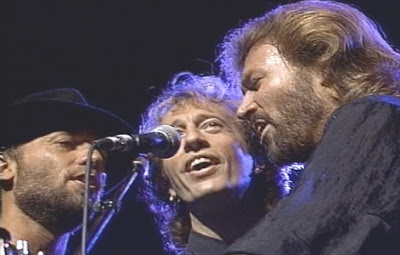 Posted by Kristin Battestella at 8:18 AM