Some History, More Good Fun in Attila
By Kristin Battestella

Although he’s the title character, 300 star Gerard Butler was billed last in the USA Network’s 2001 epic Attila. Then unknown, the Scottish thespian is now everywhere-from 300 to an alleged Escape From New York remake. It’s the perfect time to check out Butler’s American debut as the most famous barbarian this side of Conan. 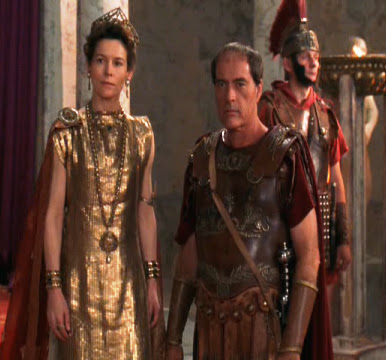 In addition to some history, Attila focuses heavily on Hun mysticism, ill fated romances, and Roman bathhouses. On first viewing, uninitiated viewers may not pick up the historical liberties taken by director Dick Lowry and writer Robert Cochran. Audiences who know their history may tune out of this Arthurian Hun, but if you remember it’s just a movie, you can enjoy Attila for what it is- barbarians and politicians.

Without historical accuracy, Attila must rely on its performers to carry the tale. Some of the script is poor, obvious exposition, but the three central figures make the most of what’s given. Alice Krige is deliciously demure as the scheming Placida, and Powers Boothe matches her chess game with every turn. Although he doesn’t quite look the Roman part, Booth carries intelligence in his onscreen plotting and politics. Booth’s delivery changes depending on how he’s talking to-his rawness with Attila, his feline ploys with Placida, or tenderness with his daughter. No scene is wasted here. 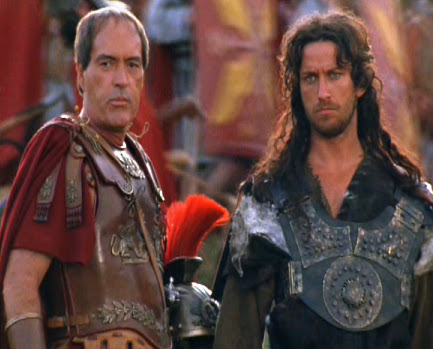 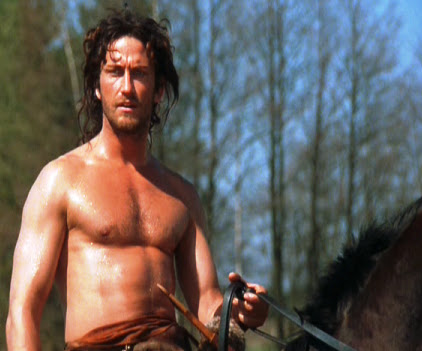 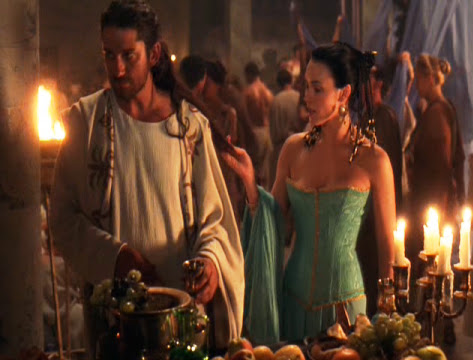 But of course, Gerard Butler is the star of Attila. Simply put the movie would be unwatchable if he wasn’t up to snuff. He’s instantly acceptable as Attila. His action scenes and battlefield stunts work, as do all his romantic scenes. Unfortunately, the small scale of Attila seems to hinder Butler. We cheer his sword cuts and jabs, but Attila’s battlefield speeches sound like they were given in a studio while chatting with a dozen pals. There’s also no strong female match for Attila. Princess Honoria (Kirsty Mitchell) fits her scenes and is filling as the allure of Rome, but Simmone Mackinnon’s duel role is impossible to take seriously-she goes cross eyed when looking at hunky Gerry. Likewise Tim Curry is wasted in too little scenes as Eastern Emperor Theodosius. At least he’s over the top and hysterical and having a good time with his part. 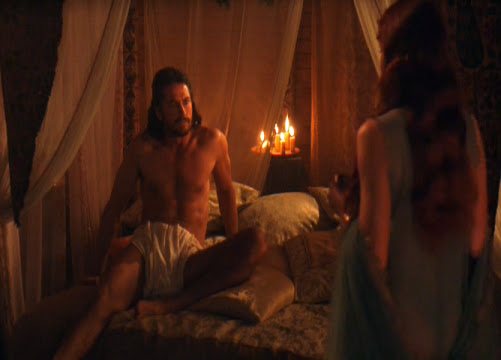 Another strike against Attila is the odd casting itself: From the steppes of Asia with…Scottish accents? And of course, all the Romans have English accents. Some attempts with costume and eyeliner do little to realistically portray the Hun culture-not that they left a lot of evidence of their lifestyle behind but that’s no excuse. Villages and armies meant to be Hun hordes in the thousands are clearly storefronts with fifty guys dubbed into hundreds. The small scale of Attila worked when it premiered on USA, but today it won’t hold up against Lord of the Rings or even Empire and Rome. Costumes are also a dip below production-ill fitting tunics and comforters around folks’ waists. Oiy. 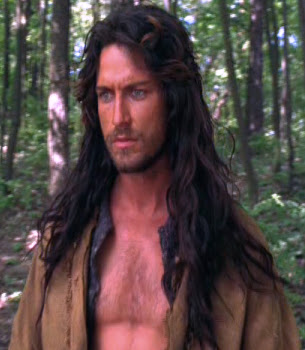 The DVD of Attila was a little tough to find, so online is the way to go. Naturally it only comes in full screen like most older television programs. An extensive photo gallery opens the disc-nice photos, but a bit of a nuisance. However, if you wish to confirm all your cardboard set suspicions, there is a making of documentary. Uncut and just over 3 hours long, Attila is the best thing on the dvd. If you’re seeking accurate and historically extensive drama, there are films out there to suit your needs. While Attila is no text book, it’s fast paced and has several performances worthy of your time. Since it was a TV original, Attila boasts very little blood and gore. Mature tweens might enjoy the action and learn a thing or two, but parents should be mindful of a few saucy romance scenes. Perhaps tame now since Rome, Attila does have brief nudity and Roman orgy allusions that families or teachers may want to skip. Ladies if you like Gerard Butler long haired, grizzly, and dirty, by all means, tune in!

Posted by Kristin Battestella at 6:06 PM