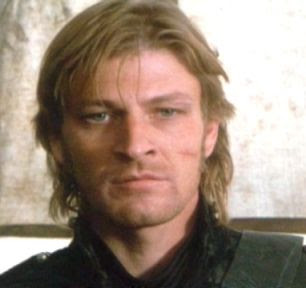 Another Good One for Sharpe’s Honour

Sean Bean returns as Major Richard Sharpe, but he is abruptly stripped of his rank and court marshaled for allegedly murdering a noble Frenchman and assaulting his wife, the Marquesa (Alice Kringe, Star Trek: First Contact). With the help of Sergeant Harper (Daragh O’Malley) and the Chosen Men of the 95th Rifles, Sharpe must rescue the Marquesa to prove his innocence while uncovering the latest plot hatched by French Master Spy Pierre Ducos (Feodor Atkine). 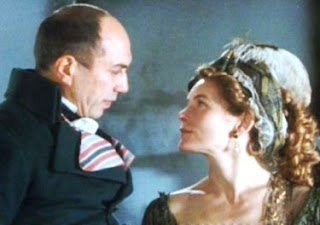 I don’t want to spoil anything, but I fell for the twist on my first viewing of this the fifth Sharpe movie. I kept thinking of Han Solo’s infamous words-how was Sharpe going to get out of this one? Bernard Cornwell’s source material gives writer Colin MacDonald and director Tom Clegg plenty of room for mystery and suspense. It may not seem like a lot based on my brief summary, but Sharpe’s Honour has a slightly different vibe to it. Again we’re introduced to the corrupt underside of the War-Wellington (Hugh Fraser) forced to hang folks to save face, Ducos plotting to personally destroy the English and claim victory for France by destroying Sharpe, the twisted Spanish Inquistor- the list goes on. Sharpe’s really got his back up against the wall. And all this of course, is coming off his personal tragedy in the previous film, Sharpe’s Enemy. 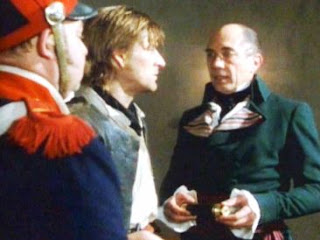 Alice Krige is a breath of fresh air as the conflicted Marquesa. She’s not traditionally pretty, but she’s sassy and sexy enough for Sharpe. Bean also is able to stretch his acting chops while Sharpe deals with all this mess. Daragh O’Malley and the Sharpe regulars also have their moments this episode. The Rifleman must deliver Harper’s baby! Each movie has built upon the Chosen Men, so much so that Cornwell added their characters to subsequent Sharpe novels. Hugh Fraser as is always a delight, and Michael Byrne as Major Nairn is a fine Engineer. I’m not sure why the higher ups with always change-Hogan, now Nairn. Maybe the production is trying to give justice to all the character from the novels, maybe it was actor conflicts, but everyone takes the new folks onscreen in stride. It is after all, the War with Napoleon. Soldiers must come and go every day. 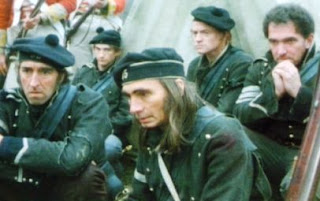 Speaking of Napoleon, Sharpe’s Honour is the first episode showcasing the French point of view. We meet the man himself-even though he is speaking English-and Ducos twisted use of any and all people balances out our love for the English Army. Speaking of love, I’m sure the ladies will enjoy the undercover look of Sharpe. This long haired, shabby dressed Sharpe is unkempt and mourning, but good looking, too. 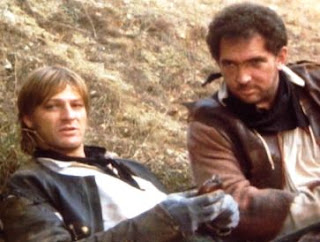 Yes, we can all chuckle at the beefcake and cheesecake in Sharpe’s Honour, but a touch more humor-or I should say humour- makes its presence known. Sharpe, tossing chickens at a bunch of nuns rather than hit them. The light heartedness is welcome in this complex political dilemma in which Sharpe and Harper find themselves. Of course there’s that romancey stuff, too. Although, sometimes I wonder how far Sharpe actually takes his liaisons. Some episodes show the bedroom before and after, leaving no doubt of what went on, but other sessions just seem like heavy make outs. You decide. Sharpe’s Honour is one of the tamer shows in that department, and as weaved as the plots are, younger folks may be intrigued by the familiar ideals of justice and vindication. 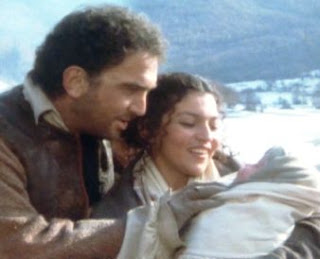 Individually available or purchased in the Sharpe set, Sharpe’s Honour is another reason to take a look at this fine series. So what if the Honor is spelled with a U?


Please see the comments below for our review of the Sharpe's Honour novel.

Posted by Kristin Battestella at 9:36 PM


In the throngs of homebound illness, what am I doing? Reading Sharpe, of course. Bernard Cornwell’s ninth novel in the series again adds depth that didn’t fit in the fine on screen adaptation.

As I’ve mentioned before, the television series may have taken a few misses by filming the novels out of order and prematurely introducing characters. The Sharpe’s Sword book comes before the Honour novel, yet the Honour film introduces La Marquesa-according to them, she’s never met Sharpe. Fortunately, the novel expands on their unusual relationship from the Sword novel. Sharpe’s wife is now dead, and he must find La Marquesa to prove his innocence and keep the fragile balance between England and Spain. But of course, Sharpe’s motives are entirely manly; wishing to see the ‘Golden Whore’ again.

I prefer Cornwell’s writing when it is Sharpe dominated; Richard’s conflicts, internal drama amidst historical dilemmas. Sure I like Sean Bean and action and the period production and cheekiness of the Sharpe films, but I don’t read for those things. When Sharpe’s Honour is intimately Sharpe, it is very much like Hornblower. Sharpe is the hero we love of course, but he’s also a man, a common soldier caught in a world not of his making.

Unfortunately, Cornwell strays more and more from the close viewpoint of Sharpe and his friends as the series moves forward. After a lovely build up of Sharpe alone, then with La Marquesa; the latter third of the Honour novel switches between Wellington, La Marquesa, the French Marshals, even King Joseph. Of course Sharpe couldn’t be everywhere for the big historical finale, but we spend so much time with strangers and history for the end. The epilogue about what happens to Sharpe is just that, an afterthought almost. You can’t spend half a book with a man on a quest to reclaim his rank and then say, ‘Sharpe, now a Major again’ and think that sums it up.

Cornwell is a historical novelist and of course he does a lot of research and his lavish portrayals of historical events are divine, but if I wanted to read a history book, I would. I’m interested in character, and conflict, and restitution. Despite a heavy handed action lackluster ending, Sharpe’s Honour is a must for any Sharpe enthusiast. The character driven first half of the novel is worth a read.