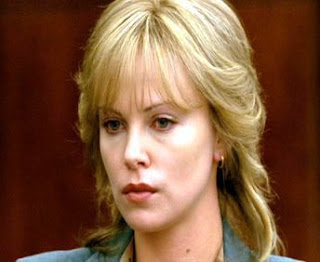 Could Have Been Stronger

After seeing in the bargain bins at nearly every video store, I took the $4 plunge. I caught part of the 2005 film on television, and hey, Sean Bean is in it, so why not?


After leaving her abusive husband, Josey (Charlize Theron, Monster) takes a job at the Pearson Mines to support her two children, Sammy (Thomas Curtis) and Karen (Elle Peterson). Her father Hank (Richard Jenkins), also a miner, disapproves of Josey’s job, as do most of the male miners. Union representative Glory (Frances McDormand, Fargo) tries to keeps the hazing of the new female minors to a minimum. Unfortunately, Glory can’t keep her tough exterior while her health is failing. Her husband Kyle (Sean Bean)-previously injured at the mine-must care for Glory. Josey’s Mom Alice (Sissy Spacek) offers support where she can, but after one too many incidents at the mine, Josey turns to ex hockey star turned lawyer Bill (Woody Harrelson) and takes the first class action sexual harassment lawsuit to court.

Clearly meant as a vehicle for Charlize Theron, the Oscar winner gives a fine performance here along with other such female Oscar heavy weights as Spacek and McDormand. The faults with are not with the cast. In their brief scenes, Woody Harrelson and Sean Bean support the ladies very well, but it is as if they don’t have enough to do. The leading women also don’t seem to be as moving as they could be. The talent was definitely there for , but director Niki Caro and writer Michael Seitzman seem to have missed the emotional mark. 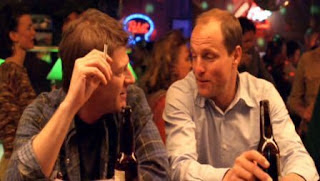 Based upon the book by Clara Bingham, this true story about women fighting back against sexual harassment should be more moving then it turned out onscreen. After years of courtroom reruns on television, the legal scenes in seem stilted and on the cheap. Woody Harrelson is capable of the courtroom charisma needed, as seen in The People vs Larry Flint, but it seems as if the history making legal precedence is set aside for chick flick moments. 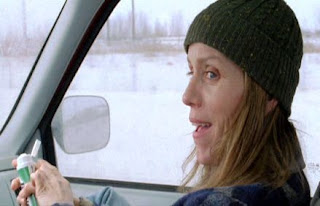 The North Country DVD does have a brief deleted scene reel, and for once, these pieces should have been left in the film. Several key conversations between each main cast member were left on the cutting room floor. Some have dialogue, and some are just lengthy moments between the leads, but these scenes add some of the depth needed. At exactly two hours, seems a bit short nowadays. All the pieces to the puzzle are there, but doesn’t quite deliver.

Men probably won’t like this attempted gun-ho women’s picture, but younger folks may not either, largely due to the eighties look of the film. North Country’s setting is cold , 1989-and the hair, costumes, and production look it. I must, however, say the ice hockey presented actually looks authentic-not an easy thing to find! Unfortunately, the DVD contains only the deleted scenes, the standard subtitles, and a brief behind the scenes with the real women of the class action lawsuit. 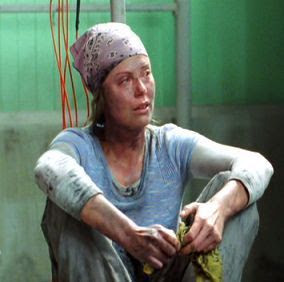 Instead of directing audiences to ‘stand up’ for themselves and other against abuse by going to a website, here was another missed chance to get seriously exhaustive about the issue of filming what is still a touchy subject. How did Theron prepare? Was it rewarding or difficult for the real victims to see their tale onscreen? What does the real mining company have to say about all this? Sadly we just don’t know.

Although didn’t quite hit the nail on the head, the film is just right for a certain audience niche. Women and victims of abuse will find the film worthy, and students learning about such lawsuits might help themselves with a viewing. No one here has a glamorous role, but fans of the cast will no doubt tune in as well. brought to light a very important subject, but the next step was there for the taking.

Posted by Kristin Battestella at 6:07 PM