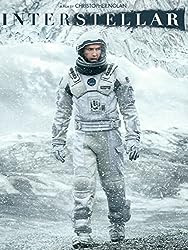 Fantastic special effects and computer generated visuals make for some stunning films these days – of their whirlwind spectacles there is no doubt! However, this quartet of recent blockbusters both intergalactic and adventurous represents how some tent pole features and popcorn flix can provide more superb science fiction storytelling than others do. Because, as George Lucas used to say, “A special effect without a story is a pretty boring thing.” Cough.

Interstellar – Director Christopher Nolan (Memento, people, Memento) assembled an all-star cast including Matthew McConaughey (Dallas Buyers Club), Michael Caine (Hannah and Her Sisters), Anne Hathaway (Les Miserables), Jessica Chastain (The Help), Matt Damon (The Martian) and more for this 2014 quest brimming with rural reflections, nostalgic farms, interplanetary travel, NASA secrets, and beyond. The generational clashing over old ways, new technology, bad harvests, and earthly starvation mixes well with dangerous decisions, avoiding black holes, perilous waterworlds, and ruthless ice planets. Society has changed priorities and not everyone can adapt. When do you stop struggling on earth and risk space to save humanity? Do you trust mysterious wormholes and distant, possibly habitable worlds? How does one choose between saving our species for the immediate or the long term? The close to home family reasons, global causes, and project revelations progress well – nothing is superfluous and less CGI reliance adds realism alongside well-edited tickling clock moments. An excellent score relates simmering peril, sweeping heartstrings, and the silent but catastrophic space drama. Though they may be tedious voiceovers for some, philosophical quotes, poetry, and biblical references bridge time and space transitions while robots with personality keep the personal in focus. These beautiful visuals aren't action for action's sake, which may disappoint millennial viewers who think science fiction is meant to be an hour and half of desensitizing preposterous. Conversely, some black hole theories or paradoxes and other inconsistencies or coincidences creating Inception outward feelings may also irk high brow audiences. However, it's easy to forgive any theoretical leaps or a slightly abrupt ending because we are so invested in the emotion core at the forefront here. SF is at its finest when using the fantastic – like the titular travel – for inner examination. Instead of numbing superficial stupidity, the thoughts here remain fixed on relatively or time's human impact and the disparity of each as children age at home while a father far away does not. Man versus Man, man versus nature, man versus himself – is our worst enemy not technology, space, or climate change, but the limitations we give ourselves? The tiny human elements and awe inspiring spectacles here provide multiple viewings as well as reflection for the mind and soul. 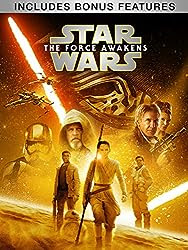 Star Wars: The Force Awakens – Let's get to the knocks against this 2015 aka Episode VII first. From the droid with vital information, the desert planet home of A New Hope orphan, and heroes “getting too old for this sort of thing” to hot shot pilots, rediscovered lightsabers, and a space battle over a super duper Death Star, it's obvious this is Star Wars all over again. Despite honoring the past via quips, casting, and vintage homages, this is nonetheless a soft reboot removing the bad taste of the prequels so audiences will follow Disney's plans for Star Wars henceforth. VII has no real ending – just a placeholder asking us to wait for critical characters and backstory revelations. Though likable, newcomer Daisy Ridley's Rey is conveniently good at everything. We hope that potential has a reason in future films, but there's no excuse for criminally underusing Gwendoline Christie (Game of Thrones) and Lupita Nyong'o (12 Years a Slave). In a time when Hollywood desperately needs diversity and superior women, both are unnecessarily hidden onscreen. Phasma could have worn an imperial suit instead of a helmet, and while charming, Maz Kanata needn't be another diminutive Yoda who inexplicably disappears anyway. More quick editing and script changes contribute to the phoned-in Adam Driver (Girls) villainy, and it's obvious someone will go ala a sacrificial Ben Kenobi. If true sequels where really intended, why not adapt Heir to the Empire and the now alienated Expanded Universe? And yet...I really liked this movie! Practical effects, time to introduce the new setting, and the promise of the younger, varied, and gender neutral cast work well with the nostalgia of the original stars. Audiences familiar with the franchise and wide eyed youths can immediately recognize the feel good space opera action and heroics. Heck, I was misty at seeing the opening crawl! Fans root for these scattered peoples, power struggles, and Jedi misinformation to be corrected. We hate this wannabe Empire because we witnessed the adventures this next generation is going to discover. While some franchise films can easily get this difficult position wrong (more on that below), this shrewd bridge picture succeeds in making sentimental viewers thirsty for more. 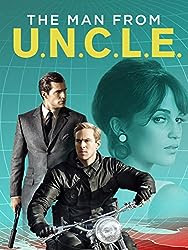 The Man from U.N.C.L.E. – I've been asking for more films to be set in the sixties, and director Guy Ritchie's (Sherlock Holmes) 2015 update of the original spy series should be the perfect excuse for a period set blockbuster caper. Unfortunately, the accents used by the underwhelming, miscast trio of Henry Cavill (Batman v Superman: Dawn of Justice), Armie Hammer (The Lone Ranger), and Alicia Vikander (Ex Machina) are too off to have any rhythm. The film itself is equally stilted and dry with poor pacing between music video styled montages, information dumping dialogue, and brief conversations not always in English before another montage, action sequence, or music moment. Despite on the move, coming and going scenes, the story confusingly meanders on who is who and what location is where – and the travels don't explain or make the plot any more interesting. It's very easy to zone out on such patchwork, which I confess I did do somewhere in the middle. Cartoonish villains don't help, for the tone never decides whether such ham is full comedy or just a bad Bondian fantasy. Though trying too hard at being retro cool and at times looking more like millennials playing dress up in their parents clothes, the classic tunes are a welcome soundtrack. There should be more of this kind of lovable panache and mod décor, but even enjoying the blu-ray visuals is a bumpy two hour ride. We couldn't wait for this to end – that's when you find out this picture is meant to be the titular beginning, an origin story with franchise hopes. Maybe this isn't all bad for audiences who like fly by night, don't worry about the plot hackneyed. However, this movie sums up the biggest problem facing all these big screen television remakes. Whether an update is set in the proper time period or not, the original series is readily available on over the air stations, streaming services, and video – and I would rather watch that than this. Robert Vaughn, yes!

Billions of Dollars yet dare I say Skip It! 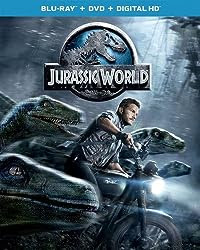 Jurassic World – I feel like I'm the only person on the planet who didn't like this long gestating 2015 fourth installment in the otherwise entertaining dinosaur franchise. It's no fun seeing seemingly badass dinosaurs anew when superfluous characters and cliché family rifts add to one annoying pair of brothers – an angry for no reason teen and a hyper, uber smart younger son, because, of course. The boys stupidly go off a monitored path and explore where they aren't supposed to just so the disaster action can be set in motion. Today's audiences are expected to believe these kids know how to magically fix a jeep? And it's a vehicle that's sat rusting since the first 1993 movie, no less! Scientist Bryce Dallas Howard (The Village) – no, lookalike Jessica Chastain is not in this movie – also goes dumb and sheds her business style to convenience the plot as needed. However much we respect the girl power, poor thing never finds time to bag some sensible shoes and spends the entire picture running in high heels. Those legs have to impress rugged motorcyclist cum dinosaur whisperer Chris Pratt (Guardians of the Galaxy), amirite? When a picture is meant as a family friendly juvenile spectacle, this kind of opposites attract adult romance is unnecessary. Maybe we've lost the original awe and are too accustomed to such visuals, but this CGI isn't very good, either. Spin the wheel, close your eyes and throw the dart, for the trite plot turns and pedestrian technological designs here are already getting old fast. Most of the action is hectic running and disaster screaming with ridiculously bloated deaths peppering the confusion. Massive crowds in peril repeatedly remain in peril, and the nonsensical finale resorts to shocks and nostalgia before resolving nothing – deliberately leaving everything open for a new trilogy. Viewers know that franchising is what they are going for, but they didn't have to be so obvious in making this a two hour trailer for what's next. Ultimately, the original, timeless Jurassic Park still did it better, and if your belated sequel can't best the original, then what's the point? *drops the mic*

Posted by Kristin Battestella at 12:34 PM