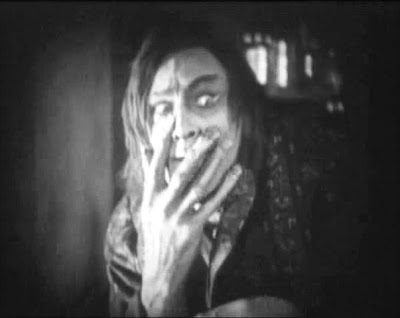 While some, even the most adamant classic or horror fans, may baulk at the idea of silent films and Hollywood’s earliest horror efforts, there is most definitely a good amount of decent-and in some cases stellar- frights to be found in film’s infancy.

Dr. Jekyll and Mr. Hyde – This 1920 John Barrymore silent classic still looks good, with fine style and design and eerie organ music to match. There’s a lovely level of atmosphere for a spooky event- project this baby on some creepy cloth and you’re set! Granted, it’s a little slow to start and long for a silent film at 80 minutes. The presentation itself is almost Victorian in establishing the parlor goodness before its hint of pre-code sauce- the dance and proposition of Nita Naldi (The Ten Commandments). The posturing and makeup for Hyde may seem hokey, there isn’t that much of a visual difference compared to today’s high tech effects transformations. Nonetheless, Barrymore (Don Juan) sells the depravity without over exaggerating as the era often dictates, and the result is quite timeless.  There aren’t many title cards, either.  As the film progresses, the good and evil torment steadily increases thanks to the freaky pictures and creepy performance. A must see. 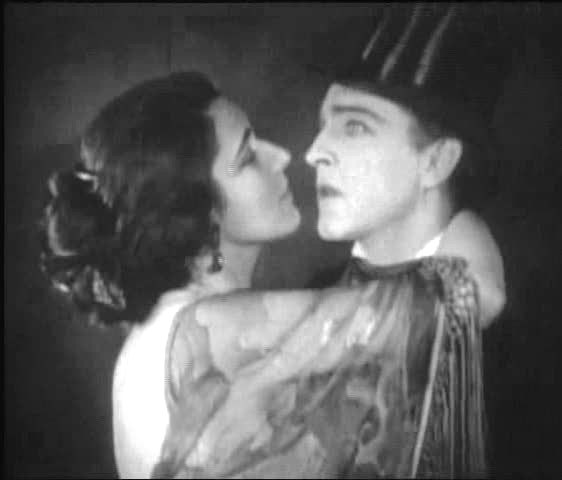 The Monster Walks – There’s poor sound, dry dialogue, and it’s almost tough to tell what’s going on in this 1932 caper. The ladies are stereotypical and we have an utterly inappropriate portrayal of subservient black chauffeur: “I’d just love to take my shoes off and skip in the rain! Yes’um!” Is he supposed to be some sort of comic relief, the first example of a wise cracking brother?! Faults of the time aside, a creepy opening scene, eerie décor, spooky lighting, and a “must stay the night” storm make for a dangerous setting as the will is read and the scares come in the night. Of course, an evil ape must be involved, but fortunately, there’s some good suspense. The story gets better as it goes on, with plotting over the inheritance, mysterious passages, erroneous deaths, and family secrets to up the ante for this entertaining little hour.

A Shriek in the Night – This 1933 crime stopper is loaded with hokey effects, wooden investigators, copper colloquialisms, annoying old ladies, and yet another racist, subservient portrayal, “It’s too much, yes sir!” Fortunately, the interesting and inventive penthouse crimes are accented with awesome vintage cars, glorious fashions, and period style.  Famous song and dance star Ginger Rogers (Kitty Foyle) looks sweet as a sassy get the scoop reporter, and her fans will enjoy this serious, pre-Astaire turn.  For only being an hour long, the plot meanders somewhat with seemingly useless, sexist scenes. However, today’s audience can see the attempted establishment of the suspense procedural and murder mystery. It’s not major scary, despite a few good screams and light and darkness tricks, but fans of the mystery genre and its evolution onscreen can have a good time with this predictable, but fun study. 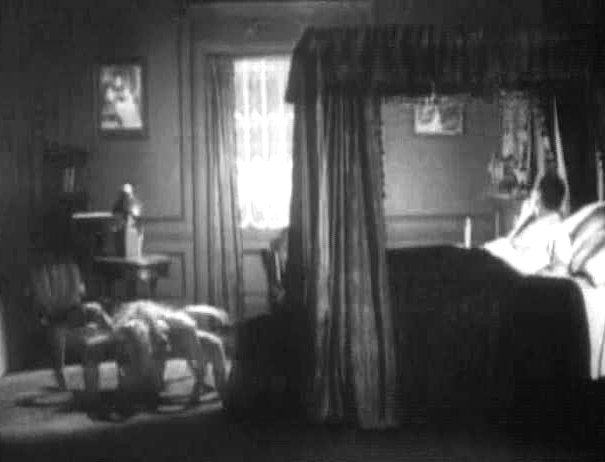 The Unknown – Lon Chaney (The Phantom of the Opera) and Joan Crawford (Whatever Happened to Baby Jane?) star in this short but memorable 1927 silent from writer and director Tod Browning.  Similar to Browning’s Freaks in many ways, the grotesque yet tender and sympathetic love triangle here is fast paced and well edited with intense twists and a great, revitalized score.  Sure, it may be a Leap of Faith in taking Chaney as armless and the carnival set-ups are hokey- but trust me.  There’s no over the top acting, only perfect expressions and emotions all around. Crawford looks dynamite, too, with great eyes and readable lips that don’t need inter titles. It’s not all Chaney’s footwork and bravo to his double Paul Desmuke; their combination is strangely delightful to watch. It’s probably a tough concept for some contemporary, effects-obsessed audiences to comprehend, but hearing or reading words aren’t required for the viewer to receive the trauma here.  Yes, some of the essential plot points are fairly obvious today. However, the performances keep it splendid nonetheless. This hour is by necessity of the silent style yet also very modern in its own way. It’s definitely a must see for classic fans, lovers of the cast, and film makers or would be actors- who should definitely take a lesson on the big reveal here!

Vampyr – It’s tough to partially pay attention to this restored 1932 international horror tale, as it has both subtitles for the spoken German and English title cards between scenes. It’s a lot to read onscreen, and won’t be easy for everyone to watch. However, I like the fun opening spider web designs, lovely yet creepy music, and excellent lighting and shadows. I can’t imagine director Carl Theodor Dreyer (The Passion of Joan of Arc) receiving bad reviews for its debut. The candles and décor complete the mood and atmosphere and set the scares perfectly. There’s a foreboding feeling, and one can get chills just by watching a few minutes. Again, this is a great one to play in the background for a theme night or viewing party, as one ends up stopping, captivated into taking notice of this peculiar little tale.  There’s a beautiful and careful attention to detail, making each shot look like a pretty picture in addition to advancing the story. There aren’t any in your face jump out and scare you moments, just a lot of artistic brooding and a total sense of macabre. Of course, the women are a bit much, with typical old ladies of the time, and it is a slow, heavy 70 minutes devoid of today’s simply mindless entertainment.  There’s even some religious study with innocent, virginal victims, nuns, and white/purity symbolism battling against a demented, unholy photography of skeletons, poisons, and surreal death dreamscapes. Thankfully, it really is stylized- I want to say exquisite- work, and students of horror and early film should at least take a look. Ironically, one may very well be delighted here. 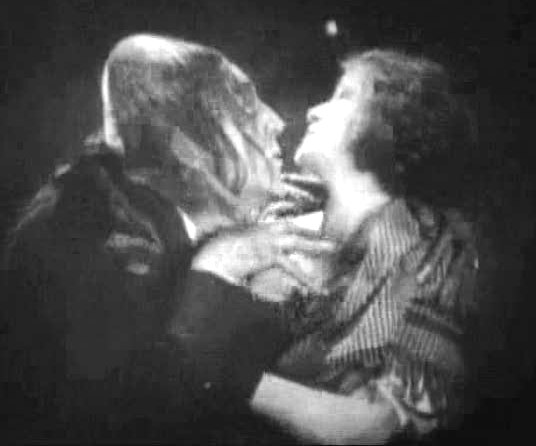 Posted by Kristin Battestella at 3:04 AM