In the 1940s, it seems as though the mystery, suspense, thriller, and horror genres were often mixed and intermingled. Though this may feel like a big mistake, the list here is but a small sample of forties frights, noir, stars, and monsters working in tandem to create some fun and memorably eerie pictures. 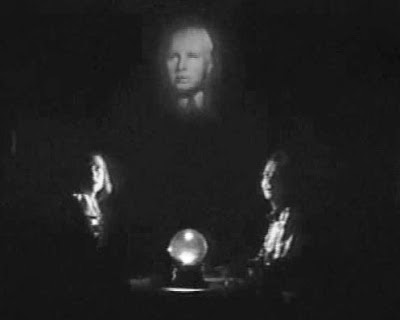 The Amazing Mr. X – Stylized noir photography, lighting and shadow trickery, and silver nighttime beaches add mood to this black and white 80-minute supernatural mystery from 1948. We know something spooky is afoot thanks to dangerous waves and eerie cries from beyond the grave!  Though similar in vein to Laura, Rebecca, and even The Ghost and Mrs. Muir, the M.O. here isn’t obvious. There’s an interesting little case at hand. What’s supernatural? Is it a swindle or isn’t it?  It’s not really scary, but the late Turhan Bey’s (Arabian Nights) medium techniques are both creepy and corny fun.  At one point, I swear he’s trying a Vulcan mind meld!  Lynn Bari (Shock) and Cathy O’Donnell (Best Years of Our Lives) also look good and do just dynamite even though the screaming is typical of the time.  It’s a little tough to see in some scenes thanks to the poor video quality, but the steady pace keeps things from becoming too formulaic. The literal smoke, mirrors, and crystal balls may be dated or hokey, but the deceit is still effective and worth the watch.  And that skull door knocker- want! 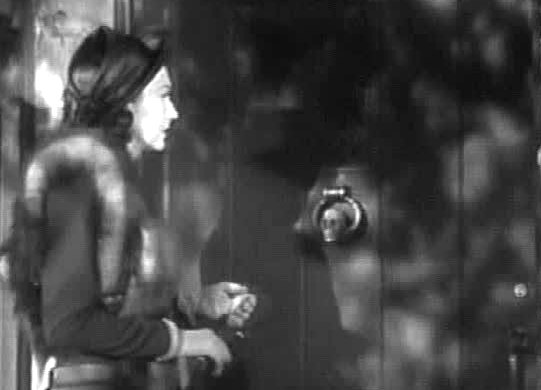 Dead Men Walk – This 1943 hour can come off as an old, cheap, slightly unpolished Dracula retread with photography that’s too dark and some confusing plot points. How can killing someone who’s merely involved in the Dark Arts resurrect him as a vampire? There’s a touch of preachy righteous and occult debates, too, and some of the premise feels more bemusing than scary. Quibbles aside, there’s a nice good versus evil twin spin here.  Dwight Frye (Dracula) is always crazy fun, and the spooky duality moves quickly with plenty of music and candles for atmosphere. The effects are decent, and the then-contemporary pre-war fashions and décor add a period zest. Bigger name players might have balanced out the secondary wooden folks, but George Zucco (The Mummy’s Tomb) is worth a viewing in this fun little vampire show.

House of Dracula – John Carradine (The Grapes of Wrath) and Lon Chaney Jr. (Of Mice and Men) lead this 1945 Universal sequel spectacle combining the eponymous Count, The Wolfman, a hint of monster romance, and plenty of science gone awry.  Yes, there are inconsistencies with prior installments from Universal’s monster series-namely its predecessor House of Frankenstein- but this mini monster soap opera is still entertaining. The fun bat on a string effects and mad scientist laboratory sets don’t look bad, either.  Lovely would be undead nurse Martha O’Driscoll (Reap the Wild Wind) is all in shiny soft glow white, but Jane Adams (The Adventures of Batman and Robin) is quite interesting as a female hunchback assistant, too. Supposedly killed time and again in previous films, Chaney is tragic and tormented as Lawrence Talbot and Carradine clearly has a bloodsucking good time as Dracula. The story is a little disjointed in introducing the monsters and sometimes confusing in how all the plots fit together, and Onslow Stevens’ (The Three Musketeers) science is just a tad implausible. However, lovely mood music, candlelight, and a Frankenstein’s Monster montage do the trick along with the expected murder, mayhem, and angry mobs. 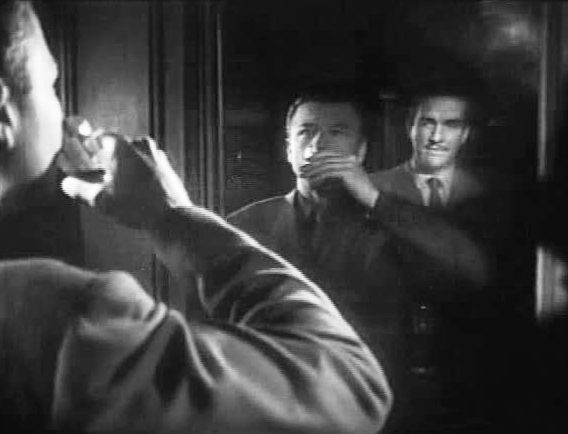 King of the Zombies – Well, unlike the often ignorant portrayals of early film, Mantan Moreland (Charlie Chan in the Secret Service) is actually a show stealing funny man in this 1941 undead romp.  His Jeff doesn’t speak in the stereotypical subservient tone; He’s not a servant there for one’s bemusement, but rather a working man who defuses the scares with humor. There is a difference indeed. In addition to interesting plane footage, with a creepy crash into a foreign country and shades of voodoo, more suspense and pleasing layers are added when no one believes Jeff’s supernatural encounters. Though the ‘lingo’ is very dated and the effects of the hour insignificant, great candles, shadows, solid Oscar nominated music, and a gothic Old World feeling add to the unusual mix of pseudo wartime spies, scares, and humor. This isn’t meant to be serious- Druids and veiled Nazis in with Voodoo? Espionage, suspicions, and speculation mixed with hypnosis on the eve of World War II? The picture needs a major restoration, and some of the sneaking around can be a little confusing- yet it’s all somehow credible and spooky.  The neat, on the nose proto-war aspects and amusing scares make this one worth the study.

The Monster Maker – Lovely piano concertos set up the gothic mood, eponymous twisted science, and good old-fashioned lovelorn obsession in this hour-long 1944 science fiction horror tale starring a juicy J. Carrol Naish (Beau Geste) and Ralph Morgan (Magnificent Obsession) as his forcibly misshapen and sympathetic victim.  The then-contemporary designs and cool science lab are also a treat- except for the ape, of course. Why must there always be a man in a monkey suit in these old capers? A few scenes do drag or feel slow and long despite the short length, and the formula plays a little obvious at times. However, the fun, over the top style works. Women scream, get manhandled, and blackmail. It’s of its time, but entertaining nonetheless. 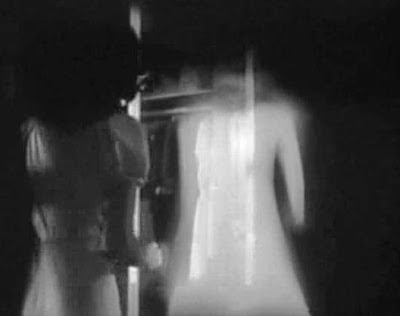 Posted by Kristin Battestella at 2:57 AM