Yes, these new millennium scares have some flaws and bumps in their dark, scary roads. However, most of the spooky here is a fun, creepy good time perfect for a quick contemporary fix or a marathon movie night with genre friends. 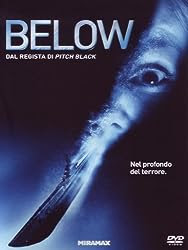 Below – Bruce Greenwood (Thirteen Days), Olivia Williams (The Sixth Sense), Matthew Davis (The Vampire Diaries), and Scott Foley (Felicity) do well in this 2002 World War II set haunt thanks to oceanic isolation, natural trappings, wartime fears, and mechanical failures. Ironically, the submarine secrets and mutiny don’t really need any paranormal or ghostly elements to keep the thriller pace intense – the paranoia and duress of the situation is enough for some boat bound mayhem or maniacal. Fortunately, the crew and company here are also fully aware of the inexplicable in their circumstances. The script smartly has the characters consider the expected horror movie twists on their fate – are they already dead themselves and ghosts hearing the living recovering their watery tomb? Pure horror audiences may dislike Zach Galifianakis (The Hangover) and his moments of humor, but the quirky, ironic wit here isn’t the laugh out loud jokes so often seen in today’s bad blends of comedy and scares. It’s also refreshing to see an unusually set period horror piece today – this isn’t contemporary nor Victorian gothic but has some of the brooding atmosphere of black and white forties horror.  It’s great to have old-fashioned uniforms, see records, and hear Benny Goodman yet the design here also feels a bit too modern. The boys look too all-American chiseled, and the submarine design and effects come across as too CGI laden rather than looking off the past as they should. There are a few questionable moments and some obnoxious shipmates that viewers will be happy to see depart, but this remains an entertaining 100 minutes with an intriguing mystery that needs to be carried through to the end. 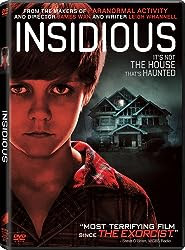 Insidious and Insidious: Chapter 2 –Poltergeist meets Inception with these 2011 and 2013 films from director James Wan and writer Leigh Whannell. One interwoven plot of ghosts, possessions, psychic phenomena, séances, and paranormal equipment traverses across these two films; worlds blend together as our in fear family moves from one haunted house to next – be it modern scenery or spooky Victorians. Hypnosis, multiple locations, and activity in both the real world and astral arenas create layers of surreal and conflict while fog, lighting, zooms, odd camera angles, wide lenses, filters, and color photography distinguish dreams, flashbacks, and dimensions. Camera flashes and flashlights for lighting are not nearly as obnoxious as in films that literally resort to all flash and no substance, but the booming music cues and painfully loud sound effects shock for the sake of shock when the eerie soft noises and subtleties do better. Herky-jerky movements, found footage, and abandoned hospital scenes in Chapter 2 also seem like out of place Ghost Hunters add ons and convenient newspaper clippings and laying about medical files too easily replace the traditional research montage. Fortunately, the cast classes this duo up, and Rose Byrne (X-Men: First Class), Patrick Wilson (Phantom of the Opera), Barbara Hershey (Beaches), and mediums Lin Shaye (Dumb and Dumber) and Steve Coulter (Coma) all have something to do even when the script gets convoluted. Whannell and Angus Sampson (Spirited) ease and heighten fears with their love/hate humor and innuendo, but only Ty Simpkins (Little Children) as child in peril Dalton is actually needed – the unnecessary second son and baby are extraneous plot devices used for baby monitor scares and they disappear without explanation in both pictures. Jobs, detectives, doctors, and other realistic expectations also fall off as the tale goes on– neighbors don’t hear this racket? Why did the Lambert family moved to start the tale? Was this haunting there or did the astral abilities disturb the unidentified spirits? The passage of time isn’t always clear – months move but forensic results that should take a few days seem to happen in a few hours. Psychic capabilities, their origins, and rules of the supernatural locations are vague, and the demon of One has no explanation compared to the familial evil and Freudian basics of Two. These questions don’t sink the ship, but the writing and direction feels too assembly line complacent instead of structured and polished. The First film finale will be frustrating as well, for it feels more like an abrupt second act of a play. There’s too much material here for one supersized long form film, but these two halves must be see together in one marathon just to pick up on all the hints, remember the connections, and to truly see all the acts of the piece at work. The character journeys, resolutions, shadows, monsters, and scares tie together well enough that now it is surprising that these films were not written and shot back to back but instead came several years apart. In addition to repeat footage from the first movie and an open ending for the forthcoming third film, knowing Chapter 2 was actually a capitalizing follow up after the fact does cheapen it somewhat, and it’s also apparent that either Wan or Whannell has some unresolved issues with dolls. Saw, The Conjuring, the forthcoming Annabelle spinoff, and Dead Silence don’t immediately seem related in subject matter, yet all have similar creepy lipstick faces, puzzles, toys, and scary toppers. They can’t all be in the same universe thanks to repeat casting and such, but these films are certainly in the same vein with an obvious if you like one, you’ll like another style. This feeling follows these Insidious pictures, and despite intriguing film within a film facets, aha moments, emotion, complexity and action to keep up the surprises and intensity for both films, wise horror viewers can easily solve a few of the mysteries here. Not everything has a tidy coda answer – some of that is intelligent and some of it plot holes – but you have to pay attention for several viewings to get all of the Insidious goodness. 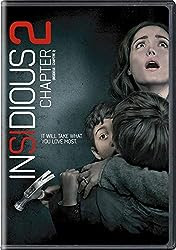 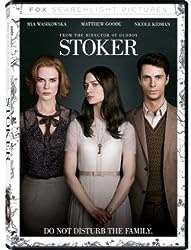 Stoker – A cryptic start, bizarre opening credits, distorted visuals, a superficial avant-garde, and CGI that’s a little too noticeable interferes with this 2013 family creeper penned by Prison Break alum Wentworth Miller and starring Mia Wasikowska (Jane Eyre), Nicole Kidman, and Matthew Goode (Brideshead Revisited). Fortunately, the abstract setting, older radios, cool cars, symbolic saddle shoes, retro fashion, cursive ink, and operatic flair create a mid century affluence – the camerawork need not call attention to itself thanks to an already intriguing funeral and awkward relations. Photography placing the dark and red ladies in competition or in suggestive poses with the ominous man of the hour does much better, and quick editing between multiple locations builds criminal suggestion, helping to balance the waiting for something to happen pacing and unevenly kinky and murderous tone. Brief cell phones and flat screen TVs airing obviously parallel animal predator programs spoil the mood a bit, but a solid phone booth appearance makes up the difference. Director Park Chan-wook (Oldboy) does layer too much style over substance, but this is indeed a straightforward first time script too reminiscent of other thrillers. Wasikowska’s India is a pretentious small game hunter turned anti social peas in a pod, and her escalating killer instinct, sexual awakening, and hunter versus prey reflection are no great surprise. Throwaway relatives toppers and a flashback history that could have started the picture are tossed in late despite fine fifties innuendo, familial catalysts, interesting characters, repeat viewing requirements, and the potential to dig deeper. Ironically more Hitchcockian and Grace Kelly-esque than her ill-received Grace of Monaco, Kidman is clearly in saucy pursuit of her brother-in-law, but she’s not as stupid or desperate as she seems. Goode, of course, is the noticeably creepy uncle feigning sexy older cool while being even more skivvy via dialogue laced with subtext and French flavors – gardens with soft soil for digging deep, young wine not ready to be popped, and all that. Though not horror per se or really all that scary, this is worth seeing through to the end thanks to the macabre, old school feeling and quirky, entertaining disturbia. 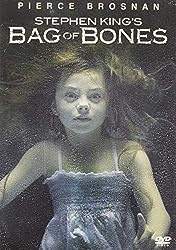 Bag of Bones – I want to like this 2011 ghostly family tale for the fine cast, including Pierce Brosnan (GoldenEye), Annabeth Gish (The X-Files), and Melissa George (Triangle). The performances are enjoyable along with the rural, upstate setting, water scenery, and cool cabins. Some of the obligatory writing aspects are fun, too. However, even having not read the Stephen King source, one can tell this is poorly adapted, borrowed material that confusingly tries to endear whilst also using scary dreams for shockers, confusion, and audience mistrust. Despite the King of Horror pedigree, the slow pace often takes too long to get to the ghostly shenanigans, and though atmospheric, none of it is horrific. This didn’t need to be two parts, and every scene feels like it has its own unnecessary establishing scene before it. Other films have done this same type of paranormal resolution in a taught ninety minutes, and the plot here is surprisingly similar to the 1981Ghost Story adaptation – a Jazz era indiscretion, a familial curse, a female haunting, and an attempt at bodily appeasement. Prophetic connections aren’t fully explained, and too many questions are left unanswered – did he do the final revisions for his book or not? A few spiritual confrontations are downright laughable, too, like ghosts tossing records to deter people back up the stairs. Hit 007, you possessed tree, smack him with your leafy branches! These action missteps become hokey wastes of time in what should be a straightforward town mystery. King references may be fun for some viewers but too on the nose obvious or annoyingly pointless for others. This is entertaining to watch, even bemusing, but it’s also yelling at the TV frustrating thanks to convenient technological uses and contrived clues. All in all, I remember the bad more than the good, and that’s not the best way to do a memorable adaptation.

Posted by Kristin Battestella at 2:59 AM