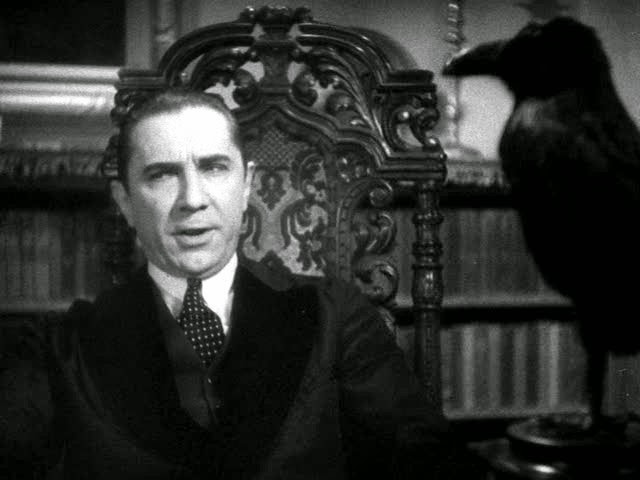 Bela and Boris Together Again!
By Kristin Battestella

What’s not to love when that diabolical duo Bela Lugosi and Boris Karloff get together for a macabre good time? Here’s a dash of Boris, a pinch of Bela, and a whole lot of early Hollywood Mayhem!

Black Friday – Friday the 13th themes, spinning newspapers, old time prisons, last rites, and dead man walking scares for Doctor Karloff start off this 1940 genre bender before a shocking flashback plot, seriously sweet roadsters, intense murder scenes, cool hidden panels, stylish fedoras, and fabulous frocks. The narration and inter title-esque notes onscreen match the brain swapping surgery montage, high-end trains, classy locales, and swanky music – despite the wild medicine making the revenge possible, this feels like a thriller not a dated B sci-fi production. Who are the men in pursuit? Where’s the money? The dramatic music and Jekyll and Hyde personality transformations may be over the top or confusing to some but the fun is in guessing the next victim amid the rooftop shootouts and dames in peril. Though he’s a sinister gangster, Lugosi has very little screen time. He delivers his lines just fine with the right criminal pacing and threat, but his accent does seem too out of place and unexplained. Good time here aside, one does wonder what might have been had Lugosi played the mastermind doctor and Karloff gotten his murderous switch on as originally intended. This kind of crossover could have easily fallen into a woeful mix of abdominal science and cliché cops and robbers, but if Lugosi’s incongruous suave is the only complaint, then hot damn! 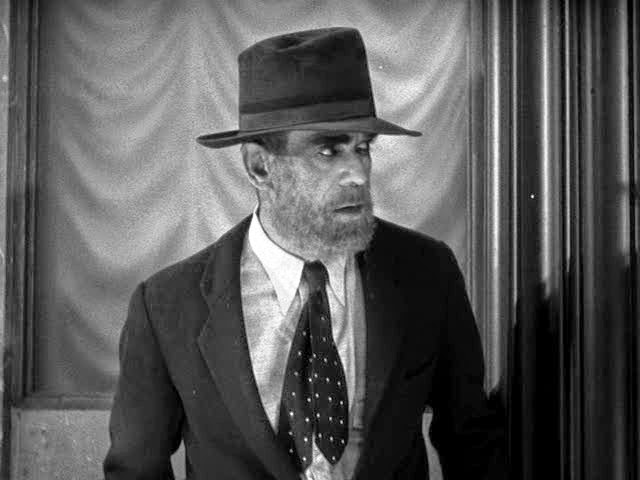 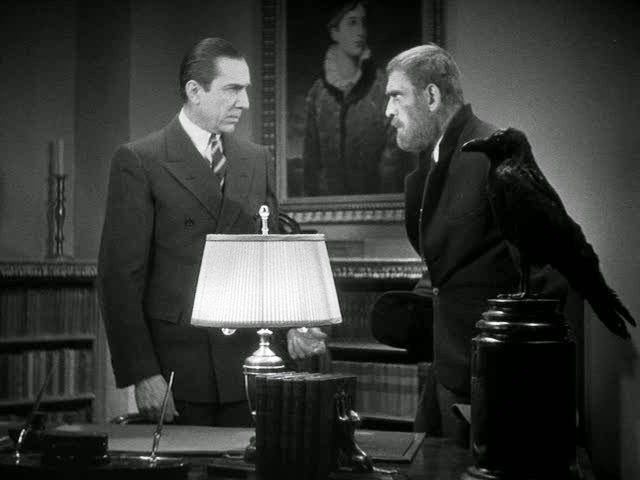 The Invisible Ray – Bela and Boris team for this 1936 science fiction 80 minutes – complete with a fun disclaimer suggesting that scientific fact was once thought of as the fantastics we are about to see. Add a stormy introduction, creepy old ladies, wild electricity, misunderstood demonstrations, and a cool mix of old world interiors with crazy science devices and the mood is set. The pretty ingénues and similar men are a bit standard and their love triangle distracts somewhat from our horror maestros, but the romance could be worse. Though he’s rocking a sweet goatee, we don’t see Lugosi as Dr. Benet as much as mad scientist Karloff. However, their neat Freud and Jung differences and reluctant but respectful allied approach is a treat. Yes, the talk of catching rays of light from Andromeda is preposterous, but our boys are so earnest in their cause that the audience goes along with the newspaper headlines, cool welding masks, and sizzling laboratory sounds. Some expert viewers may dislike all this faux jargon hooey in addition to the stereotypical tribal designs and the cliché safari scenes, but the old time science remains likeable as does pleasant outdoor footage and the radioactive, vengeful, and literally glowing Karloff. 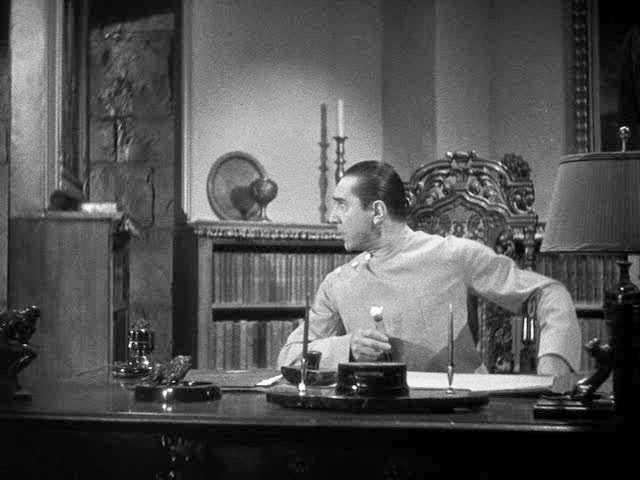 The Raven – He’s hamming it up and quoting death as his talisman – Bela Lugosi is creepy as ever behind his doctor’s mask and a suave god complex for this 1935 Poe based hour. The bearded, raspy, demented looking Boris Karloff (also of the unrelated 1963 mash up of the same name with Vincent Price and Peter Lorre) is trying to reform his criminal ways, but Lugosi’s twisted doctoring wrenches that! This quick plot wastes no time thanks to car accidents, desperate medicine, titular quotes, mad love, and torture gear. Though not a full on, proper adaptation of the famed poem, great shadows, interiors, organ music, furs, fedoras, and screams accent the obsessed with Poe layers and madcap style. A large ensemble can make it tough to tell who is who, and we don’t see much of the Poe-esque devices or their violence compared to the torture porn we expect today. However, the time here is steeped in an entertaining interwar gothic atmosphere – the wild contraptions are fun yet there are poignant moments and comeuppance amid the haunted house attraction mayhem. Edgar aficionados and fans of the cast will enjoy the uncanny charm here. 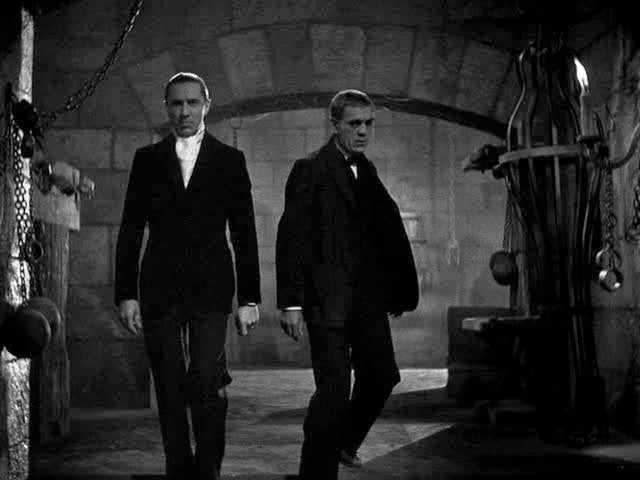 This trio appears on The Bela Lugosi Collection release, a double sided single disc also featuring Murders in the Rue Morgue and The Black Cat, which we’ve previously reviewed here. Ironically, this set in itself is more like a Lugosi and Karloff twice the fun gathering. Four of the five features celebrate the duo – and sometimes there’s a lot more Boris than Bela. Not all the titles are horror-centric, either but showcase more pre-war science fiction designs. I nitpick and there are no features, but The Bela Lugosi Collection is an affordable video with heaps of Poe inspiration. The short runtimes are perfect for an entertaining marathon, and there’s really no excuse not to watch! 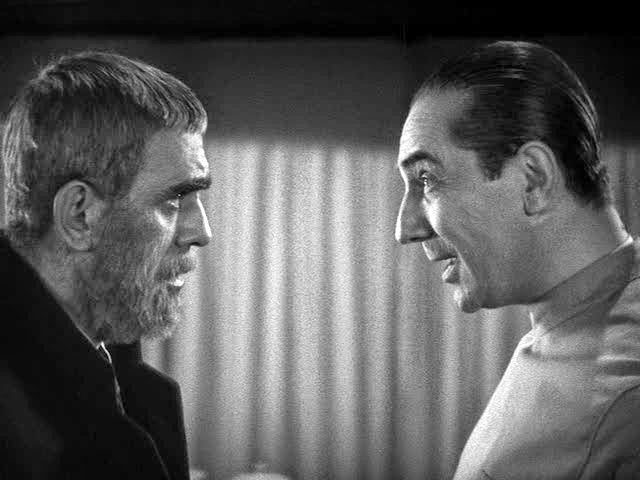 Posted by Kristin Battestella at 1:46 AM