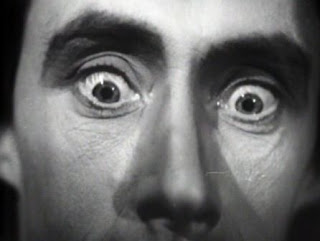 Sometimes the sex, gore, and violence of the modern slasher pictures isn’t enough. To find the twisted, macabre, sinful lessonry needed along with a good scare or two, I find myself revisiting the classics once again. Here’s a list of demented thrillers full of vile characters, spooky imagery, and twisted tales.

Dracula (1931) – Even if you haven’t seen this early monster classic, our collective consciousness knows Bela Lugosi’s iconic portrayal of the titular count from . Beyond the cape and the widow’s peak, modern viewers can still find delightfully naughty performances, spooky smoke and mirrors filmmaking, and screaming ladies with lovely necks.

Suspicion – Cary Grant’s new wife Joan Fontaine is afraid he’s going to kill her. While Fontaine may have won the Best Actress Oscar here as the fearful and suspicious wife, its Grant’s restrained and equally suspicious husband that captures every scene. Hitchcock’s analysis of suggestion is beautifully portrayed in every nefarious comment and deceptive gesture, and Suspicion keeps us guessing until the very end.

Bluebeard (1944) – Some of the music and the overlong puppetry fun is dated, but John Carradine’s disturbing portrayal of a guilt-ridden artist who strangles his female followers is still, well, disturbing. The styling is old, yes, but the claustrophobic filming angles keep the audience uncomfortably and closely involved in the mayhem. 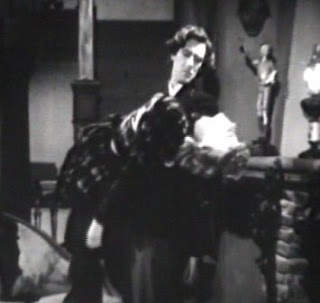 The Picture of Dorian Gray (1945) – Sure, not everyone can take Angela Lansbury’s singing, but there’s much more to this fine adaptation of Oscar Wilde’s most famous tale. George Sanders’ louse is delightfully trumped by Hurd Hatfield’s titular descent. This Jekyll and Hyde notion of the portrait displaying Dorian’s evils while he remains ever young is a fantastic possibility we shouldn’t soon forget.

Spellbound – Ingrid Bergman and Gregory Peck mix mystery, romance, nut houses, and psychoanalysis in this Hitchcock thriller questioning dreams and memory. Is Peck the killer? Can Bergman heal his mind before she’s the next victim? Exceptional performances by the leads, tight direction by Hitchcock, and a great mystery keeps this picture viewable-even after you know how it ends.

The Strange Woman – Samson and Delilah goddess Hedy Lamarr turns up the devilry as a northern Scarlett O’Hara willing to do anything to keep her beauty, wealth, and power-even if it includes killing a few husbands and seducing her stepson. Perhaps tame by today’s standards, it’s a treat to take in this scandalous black widow from a post World War II mentality.

Hush, Hush Sweet – We adore Joan’s sister as the bittersweet Melanie Wilkes in Gone with the Wind, but Olivia de Havilland is deceptive and cruel towards Bette Davis’ murderously maniacal old . The atmospheric Southern charm, scene-stealing performances from each Oscar winning lady, and the plot at hand keeps you on the edge until the end. The titular song will also get stuck in your head. 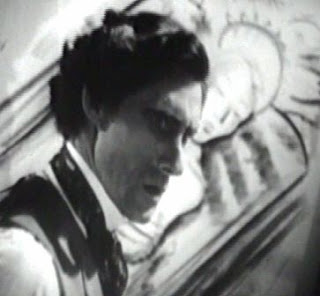 I know not all audiences today can appreciate the old-fashioned filming styles, over the top performances, or even black and white photography. Nevertheless, some classics are classics for a reason; and there are plenty more of them to scare, delight, and set the spooky mood for a cold autumn evening.

Posted by Kristin Battestella at 1:00 AM

An it looks like Bluebeard is available on Hulu!