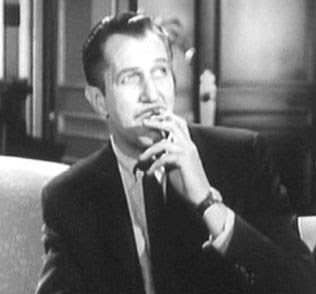 By Kristin Battestella
I’ve debated about doing actor specific viewing lists before, but there’s no better time to talk about an actor and his synonymous genre like October and Vincent Price! This Halloween, classic fans and lovers of all things horror and camp should take in at least one Price picture. As for me, well, I’m just too obsessive!
Laura- While not all out horror per se, this complex and stylish 1944 film noir classic has several spooky twists, a creepy black and white atmosphere, and of course our man Price lousing it up with Gene Tierney and Dana Andrews. Serious film students can go to film school here.
The Bat- This quiet, spooky story of mystery, money, and murder costars Agnes Moorehead (Bewtiched) as a writer renting a house with hidden wealth and an unsolved murder spree courtesy of the titular killer. Price is a treat as the local doctor following the bloody trail. Though dated in its screaming ladies, the case at hand keeps you guessing until the end. 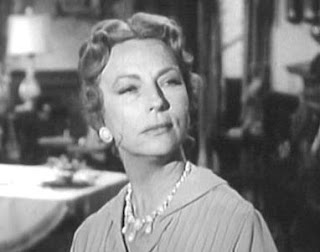 Tales of Terror- Big V introduces and stars in this series of vignettes inspired by Edgar Allan Poe and stylized by director Roger Corman. Some may not like the disjointed presentation; but the cast, stories, and decoration are delightful. The family can enjoy these witty, old time scares- and professors of Poe can share a viewing and discussion in the classroom.
The Raven- Price, Peter Lorre, Boris Karloff, and a young Jack Nicholson serve up a tale of spooky medieval sorcery with wit and charm ala Bewitched. Very loosely based on the titular poem by Poe, serious horror and gore fans may not enjoy this borderline slapstick take. Nevertheless, youthful audiences can laugh, jump, and have fun.
The Conqueror Worm- More properly known as Witchfinder General, mis-marketing and misrepresentation are the worst things here. This tale of the lawlessness and witch-hunts during the English Civil War is completely different from Price’s Poe films-not another loose rehash as the title change would have the viewer believe. Daylight filming, real castles, cinematic brutality, and a seriously fine performance by Price shine far beyond the studio packaging.
Cry of the Banshee- A little too similar to The Conqueror Worm, yet Price still puts on his Elizabethan best while judging more witches and warlocks. This one is a little more uppity than Worm- dealing with nobles rather than torturing peasants- but looks a little lesser in production. Even so, the costumes are great and the titular howls set just the right spooky atmosphere. 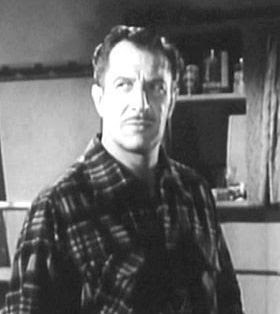 Some of these pictures are not available on Netflix and also appear out of print-like The Raven- but several public domain offerings can be found in varying low- budget DVD sets or are viewable online- like The Bat and Tales of Terror. I’ve reviewed several other Price, Poe, and Corman classics as well, so do use the Vincent Price label or search options for even more over the top mayhem.
As a refresher, here’s the list of canonical American International Pictures’ Poe series directed by Roger Corman:
House of Usher
The Pit and the Pendulum
The Premature Burial
Tales of Terror
The Raven
The Haunted Palace
The Masque of the Red Death
Tomb of Ligeia
And then the next wave of loosely associated Poe films from AIP:
The Conqueror Worm
The Oblong Box
Cry of the Banshee
Murders in the Rue Morgue
Boo! That’s enough for the enthusiasts, I think. Happy Halloween! 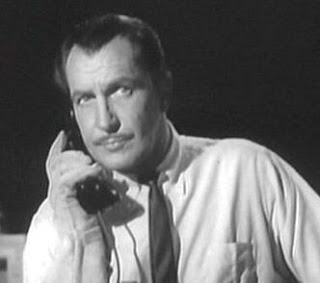 Posted by Kristin Battestella at 2:02 AM

The Bat is currently on Hulu!