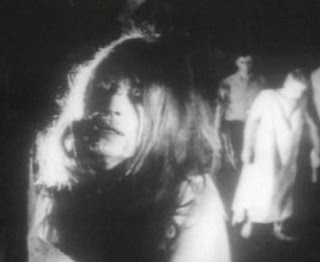 In this day and age of drivel and cheap, direct-to-video, sup-par flicks, here’s a list of scary films that should be seen each October. Now this is by no means a definitive list, as I’ve reviewed my fair share of genre films-and then some; but here are a few essentials for the serious horror enthusiast. If you’re tired of the same old un-terrifying flicks, watch these.

Friday The 13th- Sure most film fans know now who the killer is here, but the mystery aspects and suspenseful deaths are still a mastery of the slasher craft. The voyeuristic camera work, and actually the relative lack of ridiculous modern gore and too much sex, keep this original scary. We don’t always see a victim’s manner of death, we aren’t meant to always be visually impressed. The cast is afraid, preyed upon, and punished for their kinky eighties ways- and it’s a viewer’s delight!

Halloween- Freddy and Jason are great, of course, but they can be watched anytime of year. Michael Myers, however, has October exclusivity. Newer audiences can enjoy Rob Zombie’s updates, and serious fans can take in a night with all the sequels; but the original 1978 Halloween never grows old. John Carpenter’s scary score, the low-budget frights, and Jaime Leigh Curtis’ kick ass babysitter still make for a night of fear and suspense. Sure, there’s nudity, but this one is another lesson in psychological fright, not gore. Nevertheless, Halloween is not for kids or the faint of heart! 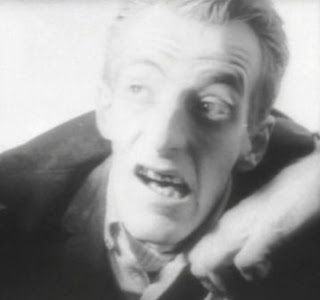 The Haunting- It might be fun to make a marathon with the 1999 redo, but for serious chills, stick with this 1963 classic. You don’t see one damn thing in this picture, and that’s what makes it so terrifying. Horror students and film teachers take note of how mere lighting, sound, and visual tricks keep us on the edge of our seats. Psychology, parapsychology, haunted mansions, and a genuinely fearful looking cast. You don’t need anything else, except to continue the sinister vibes with the source novel The Haunting of Hill House by Shirley Jackson.

Interview with the Vampire­- Not everyone will enjoy this lavish, indulgent tale of sexy vampires run amok; but when one talks about the decadence and debauchery of the spooky lifestyle, this is what they mean. Fans of the cast of course will delight, as leading men Tom Cruise and Brad Pitt give surprisingly creepy and enjoyable performances. I recommend mainstream audiences and teeny Twilight fans give this picture a chance. Interview is much more mature, and converts can enjoy the original Vampire Chronicles books by Anne Rice. Do, however, skip the mish-mashed sequel Queen of the Damned. 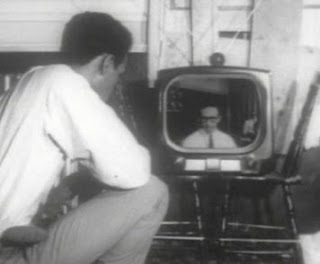 Night of the Living Dead (s) - For horror enthusiasts, the z word brings one thing to mind-Night of the Living Dead. The original 1968 zombie classic by George Romero set the bar for scares, silent styled filmmaking, and social statements in horror. You can’t be a fan of the genre without having seen this picture. And yet, the 1990 remake, rewritten by Romero and starring Tony Todd (Candyman), isn’t half bad. Maybe not a classic, but this modern analysis of society and zombies is a perfect introduction for closeted horror fans. For more, continue with Romero’s 1978 Dawn of the Dead.

Poltergeist- Maybe in our rapidly changing television technologies, this one will loose some of its luster someday. For old school folks like me, however, who remember big old console sets full of static, Poltergeist never gets old. The warnings of technology being conduits for angry spirits, beasts in the closet, and demonic toys combined with adorable child victims and sassy little psychics remind us to respect the dead and appreciate the line between life and death. Naturally, there are sub par sequels, but behind the scenes documentaries detailing the tragedies surround this film are far more interesting. And the blu-ray is smashing!

Psycho II - Yes, this 1983 follow up isn’t as stellar as the original Hitchcock classic. Nevertheless, it is a fine sequel, continuing the story of Norman and his dearly not-departed mother in the spirit of the original. Fans who are for some reason not interested in the black and white original can appreciate Anthony Perkins here with more spice and Technicolor. Psycho III and Psycho IV: The Beginning make a fine marathon for completists, but the franchise is best left here. Enjoy! 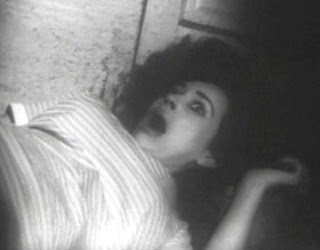 I know what you’re thinking. My Halloween movie marathons run through November, too!

Posted by Kristin Battestella at 1:43 AM

It looks like the 1990 Night of the Living Dead remake is also now on on Hulu!