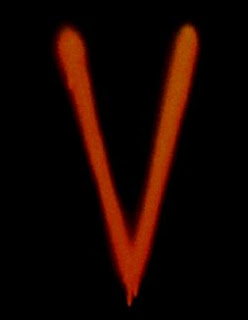 Original V a Must for Genre Fans

Need some old-fashioned special effects in your sc-fi? Forget that opus opening to Independence Day, today’s genre filmmakers grew up V. The groundbreaking four hour 1983 miniseries may look hokey today, but the story, characters, and drama are top-notch. The all-star cast helps, too. 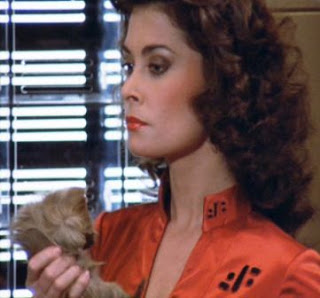 When humanlike aliens arrived on earth, cameraman Mike Donovan (Marc Singer) suspects the visitors aren’t all they seem. Scientists who can expose these visitors disappear one by one. Politicians against the visitors abruptly change their minds , and entire towns and communities mysteriously disappear- including Donovan’s ex-wife and son.

Medical student Juliet Parrish (Faye Grant) holds secret meetings with a dwindling number of resistant Los Angelians, including streetwise Elias (Michael Wright), and Michael Durrell’s Robert Maxwell, an anthropologist trying to hide his family. Of course his teenage daughter Robin falls in love with a handsome visitor. Jane Badler shines as creepy Visitor leader Diana, who has other plans for the star crossed lovers. Blair Tefkin accepted the role of Robin after Dominique Dunn was murdered by her boyfriend early on in filming. The outstanding DVD commentary highlights several shots were footage of Dunn is still in the show. 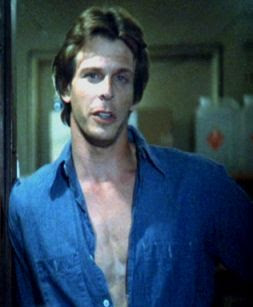 Writer and director Kenneth Johnson made V as a tribute to freedom fighters from all times and places. Nazi allegories and Holocaust moments give V extra timelessness that is often lost in today’s fast-paced action flicks. Young Michael (David Packer) joins a Hitler Youth-like Visitor Friends organization, despite his grandfather Abraham’s (Leonardo Cimino) warnings of Visitor occupation being like the Holocaust all over again. When Donovan sneaks aboard the Visitor’s Mother Ship and attempts to reveal their true reptilian nature, his own mother (Neva Patterson) sides with the powerful Visitors against him. Nightmare on Elm Street fans should also look for Robert Englund as good, non-human eating Visitor Willie.

Johnson expertly weaves the parallel storylines together into one cohesive end. When the epic originally aired on NBC, V was a complete success in the ratings and earned two Emmy nominations, as well as a Writer’s Guild nom for Johnson. Kenneth Johnson, however, left the later series over creative differences and instead penned another SF television classic, Alien Nation. Unfortunately, Johnson’s revival V: The Second Generation appears to be in limbo at NBC. 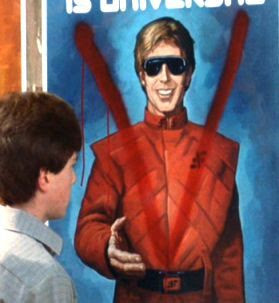 Followed in 1984 by the six hour V: The Final Battle and a lesser, 19 episode V The Complete Television Series, the original V is a must-have for fans of sociological science fiction.

All three series are available now on DVD.

Posted by Kristin Battestella at 10:18 PM

Here, here! Thanks for posting!