When USA Network’s limited series The 4400 premiered in the summer of 2004, the opening teaser said a lot. A little girl abducted; a soldier in disappears; 4,400 abductees get dropped off by a comety ball of light. The branch of Homeland Security had its hands full, and over 7 million fans tuned in-setting records as the highest-rated and most-watched original cable series premiere to date. 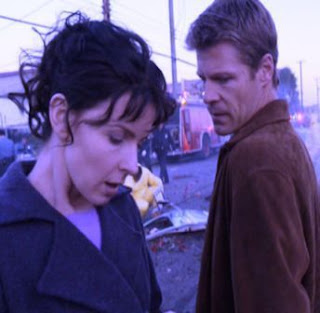 So far, several key characters have come and gone on The 4400, and both the first and second 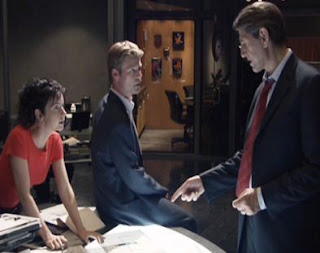 seasons haven been nominated for Emmys, including Best Writing for a miniseries, Cinematography, and Outstanding Miniseries. Despite its fantastical elements and the revelation of where the 4400 have been, the series’ core is its realistic approach to our current society's troubles. Interracial relationships, prejudiced, and reintegration into society are just a few timeless subjects on which The 4400 focuses. Recent issues such as terrorism, genetic engineering, quarantine, and government involvement are also addressed.

The 4400’s awards and ratings success show there is still a viewing need for ‘mainstream science fiction’. Sci-fi shows that don't glaze over our problems but instead hold up a real mirror to our society are becoming few and far between. Season One of The 4400 is essential for tried and true, but not hard-core SF fans. You won’t find any spaceships or little green men, and special effects on the show are limited. What makes The 4400 worth your time is its character, story and in-tune allegories.

The six episode first season is available on DVD at a very fair price-below $25 at most retailers-but the lack of extras on the first release of The 4400 is disappointing. There are none! Check your channel schedule for reruns, and look for the 13 episodes of Season Two on DVD, the tentative release date is May 23rd. Season Three of The 4400 will air this summer on . To find out more, you can visit www.the4400.com .

Posted by Kristin Battestella at 2:53 PM

Email ThisBlogThis!Share to TwitterShare to FacebookShare to Pinterest
Labels: science fiction, television, The 4400